With KHM, Jacky Jasper, and Zion 1. Sunday, December 1, at the Agora Theatre. 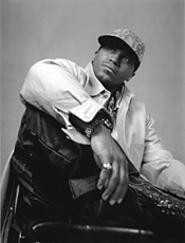 When critically lauded MC Kool Keith says he should be in the rap hall of fame between Run-DMC and Public Enemy, plenty would agree. So why can't you name three songs by him? Probably because you might get your mouth washed out with soap if you did. More graphically sexual than the most reviled hip-hoppers, Keith's poetic pornocore (see 1997's Sex Style) could make him a bigger target than Eminem and 2 Live Crew, if he didn't live so far underground.

But it's not just shock value that makes Kool Keith so noteworthy. The self-proclaimed Black Elvis's eccentric flow never goes off the topic, and his veteran skills make even the most mundane subject matter sound astounding -- even in freestyle. Keith's exceptionally musical Dr. Octagon, dropped in '96, established the MC as a cross-cultural cult hero, but his subsequent string of character-driven concept albums haven't featured a legitimate single and often seem like formalities to justify an annual tour. His shows strongly support the oft-repeated maxim that true hip-hop isn't on wax; it's onstage. Quoth the Spankmaster: "You do your shit in the studio; we bring our shit to your face."