with Papa Roach and Powerman 5000
Saturday, August 19, at the CSU Convocation Center 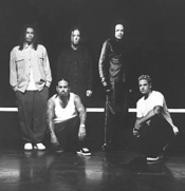 Odds are, when Korn lead singer Jonathan Davis takes the CSU Convocation Center stage on Saturday with his California-based band, he'll be sporting a kilt, and maybe he'll even play the bagpipes for effect. For Korn, it's a gesture that's not made in jest, but is meant as a tribute to Davis's Scottish ancestry. While other neo-metal acts cavort with celebrities or play Napster advocate, Korn takes itself seriously, continuing to redevelop and rediscover its sound with each album since releasing its debut in 1994. Davis, an icon of disenfranchised youth, has parlayed his dysfunctional childhood and outcast social status into the fuel that drives the band. He addresses the trouble he's seen on the band's most recent release, the aptly titled Issues, singing, "Hear what others say/I'm here, standing hollow/Falling away from me" ("Falling Down") and "Everyone is looking at me/I can't get out of bed/There is evil in my head/Everyone just let me be/Because when I hit the stage/It is gone and I am free" ("Beg For Me"). Both the lyrics and the music possess a sense of tempered aggression that gives legitimacy to the band's approach. Unlike other neo-metal acts, Korn has a hardcore sound with heavy grooves that's supported by lyrics that are earnest and cerebral, not unintelligible and insipid.