With Howe Gelb and Andrew Bird. Tuesday, November 11, at the Beachland Ballroom. 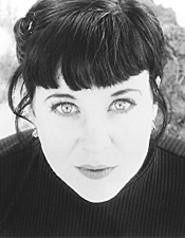 When Kurt Cobain was acting as midwife to the Alternative Nation that Hersh and her band, Throwing Muses, helped conceive, she stayed home and had babies. Better that she missed all the fuss; Muses split while they were still pretty good, and her solo material, generally acoustic, has been even better. As a Muse, she strummed out an unnerving jangle, singing lines like "Kissing you's like kissing gravel." Her unplugged songs are much more delicate, though she still doesn't exactly swoon. She channels scorned characters, who issue such unforgettable lyrics as "Listerine covers your tracks/ Doesn't do shit for the facts."

Last time around, she played seated, jeans worn thin in one knee, ripped open in the other, acoustic guitar slung across them both. The light in her eyes burned brightly. Amplified or not, her quivering voice could shake plaster loose. The short, thin fireball swayed in her chair, delivering a 1,000-yard stare for one song after another, looking briefly at her guitar, smiling only between numbers. As she said before the set: "These are bitchy, whiny songs. And some of them have the F word in them." Having issued both a new solo disc and a Muses album this year, she has plenty more to choose from.