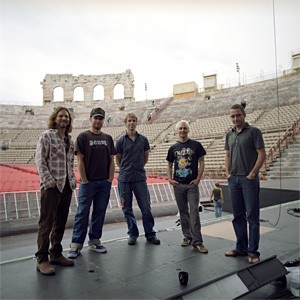 CD — Beirut: The Flying Club Cup (Ba Da Bing)
Zach Condon fills his records with horns, accordions, ukulele — you name it, he's probably worked it into a Beirut song. On his band's second album, Condon dips back in time for a record that takes indie pop for a nostalgic spin. It's an elegant, urbane mix that'll have you pining for the good old days.

CD — Dashboard Confessional: The Shade of Poison Trees (Vagrant)
Chris Carrabba strips down and returns to his roots as emo's reigning acoustic king on this low-key follow-up to last year's sleek Dusk and Summer. The songs were recorded in 10 days with minimal input from other band members, keeping the focus on Carrabba's soul-baring intimacy.

DVD — The Mario Bava Collection — Volume 2 (Anchor Bay)
Bava directed some of the most stylish horror films ever made. This five-disc set collects eight of his movies from the '70s. Baron Blood, Lisa & the Devil, and Bay of Blood are all excellent shockers, but best is Kidnapped, a 1974 thriller in which a robbery goes horribly wrong. Commentary, trailers, and alternative versions round out the extras.

TV/DVD — Atlantis SquarePantis (Nickelodeon)
SpongeBob SquarePants' first TV movie (which premieres at 8 p.m. Monday and comes out on DVD the following day) takes the absorbent, porous sponge and pals to the fabled lost city. The plot has something to do with a medallion that has ties to the underwater metropolis. But it's really just a launching point for various non sequiturs, goofy set pieces, and a cool cameo by David Bowie, as the king of Atlantis.

COURTESY FLUSH, PLEASE — Darkon (IFC)
This scattershot documentary (premiering on IFC at 9 p.m. Monday) follows a group of role-playing nerds who fancy themselves warriors and elves in a fictional world called Darkon. Their "battles" — staged in Baltimore — are amusingly detailed, but the film's re-enactments are medieval cheese. Lord of the Rings it's not.