Be Here to Love Me tells the tale of Townes Van Zandt. 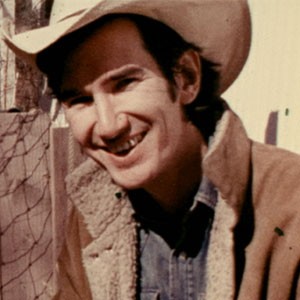 The songs of Townes Van Zandt give the impression that he was a troubled man. Be Here to Love Me, a documentary about the late country singer-songwriter, confirms those suspicions, with testimony from peers and protégés like Steve Earle, who recalls the time Van Zandt put a loaded gun to his own head and pulled the trigger (and won a game of one-man Russian Roulette), along with Van Zandt's own musings about his mortality.

Though he died in 1997, Van Zandt appears frequently on camera, at one point recounting the time he fell asleep with a tube of glue in his mouth (not even snoring could interrupt his huffing habit). When he awoke, his teeth were cemented shut, and most of them had to be shattered by a ballpeen hammer. Similar stories abound, but thankfully, this tragic side of Van Zandt rides shotgun to his music. Vintage performance clips, as well as recollections by pals like Guy Clark and Kris Kristofferson, reveal why Van Zandt became a cult star in the first place. Be Here to Love Me charts the hows and whys, in essence making the music the star.
Sat., May 6, 10:10 p.m.; Tue., May 9, 7 p.m.