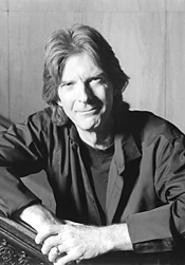 Phil Lesh is grateful that he's not dead. The erstwhile Grateful Dead bassist underwent a liver transplant three years ago, and "the experience transformed me," he says. "[It made me] realize what is really important."

He's talking, of course, about music. It's been the vehicle of the long, strange trip that he began in 1965 when he co-founded the Dead. It was there when his longtime friend Jerry Garcia passed away in 1995. It was there when the surviving members disbanded the group not long after. And it was there when Lesh went into the studio several months ago to record his debut solo album, There and Back Again.

"Hopefully, the transitions between the songs are as interesting as the songs themselves," he says. "I liken it to surfing a current in the ocean of chaos. Every so often, we touched upon an island of order, and that's a song."

There and Back Again is credited to Phil Lesh & Friends, who, this time around, are guitarists Warren Haynes (Gov't Mule) and Jimmy Herring (Aquarium Rescue Unit), keyboardist Rob Barraco (Zen Tricksters), and Bruce Hornsby's drummer, John Molo. And if it doesn't sound all that different from the last time Lesh was in the studio (for the Dead's 1989 swan song, Built to Last), it's really not supposed to.

"The concept is basically the same: to extend the potential of the music by collective improvisation," Lesh says. "[Though] I wanted to bring fresh viewpoints to Grateful Dead music."

A different incarnation of Friends backed Lesh on the 1999 live disc Love Will See You Through. "I really didn't put this band together," he says, "it just sort of evolved. This band solidified out of all these potential possibilities. In our first rehearsal, something just exploded, and we knew it was something special."

Lyricist Robert Hunter, who was behind many of the Dead's most beloved tunes, contributes to more than half of There and Back Again's songs, providing another Deadlike union. "I was fooling with a song [I wrote], changed the groove, and it sat up to me and said, 'I'm a Robert Hunter song,'" Lesh explains. "That was an interesting phenomenon. So I called him and said, I've got this song, and it wants you to write the lyrics."

It's a peace-and-love trip, one that Lesh hopes to carry throughout summer. He and his Friends are on tour through August. He's even getting together with the three remaining Dead members for a reunion show later this year.

Apparently, it's not just Deadheads who miss the vibe that hovers around the band. "[The Dead] lives because there's a need for it," Lesh says. "People need that sense of adventure. It's like running away with the circus or hitchhiking across the country or hopping a freight. You can't do that anymore. They are so much a part of our culture.

"This may be the last American adventure left."