Life in the Fastlane

From MTV to Vivica Fox, Bill Bellamy is on a roll. 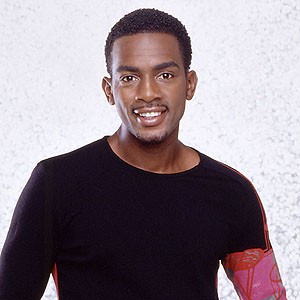 Bill Bellamy just wrapped production on his latest film, Neverwas. Making the movie was an intimidating experience for the comedian, whose co-stars included Academy Award winners Jessica Lange and William Hurt, as well as The Lord of the Rings' Ian McKellen. "I was working with Gandalf! My man's a wizard!" Bellamy laughs.

Since launching his career more than a decade ago with a Def Comedy Jam set on HBO, the 40-year-old Bellamy has hosted his own MTV program, gotten serious as a footballer in Any Given Sunday, and become an action star in the short-lived TV show Fastlane. Recently, he starred in the movie Getting Played, in which he played a boy toy for Vivaca Fox, Carmen Electra, and Stacey Dash. "They won't let me do movies with ugly women," he says. Bellamy's now on the road with a stand-up show stuffed with bits based on his family life. "It's easy listening," he says. "It doesn't take a rocket scientist to get where I'm coming from."
Sat., March 25, 7:30 & 10:15 p.m.; Sun., March 26, 7:30 p.m.