Life in the Kinda Fast Lane 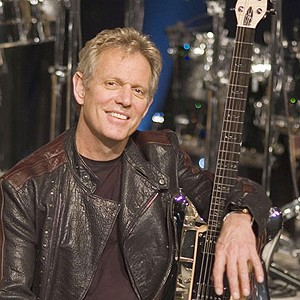 Without Don Felder's electric axe, the Eagles were just a bunch of acoustic-guitar-strumming pansies. He's the guy who gave their peaceful, easy feeling its edge, writing the music for and playing the blistering guitar solo that caps "Hotel California," among others. Expect Felder to perform the band's more rockin' songs at tonight's Rock and Roll Hall of Fame Benefit. "It is the Rock Hall of Fame, not the Ballad Hall of Fame," he says. Also on board for the shindig, which aids the museum's education programs, are Eddie Money, Naughty by Nature, and the Romantics — but Felder's the only inductee among them. "You hope to have a hit record and maybe hear yourself on the radio," he says reflectively. But the Rock Hall? "It's a great jewel in my crown."
Fri., May 12, 6:30 p.m.