In success and failure, the always feisty Henry Rollins speaks his version of the truth. 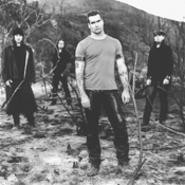 Hardcore icon Henry Rollins has been preaching to the converted for quite some time now. Whether through his work with seminal Los Angeles punks Black Flag, his spoken-word projects, or his own Rollins Band, he has been churning out fast, loud, snotty rock and roll infused with Beat-inspired tales of woe and frustration for almost 20 years. And things haven't changed much in that time. Rollins is still making three-chord hard rock layered beneath tirades against the music industry, disposable art, and pop culture in general.

"[European countries] understand that, when you kill the culture in a country, you kill the country," Rollins says. "A country is only as strong as its culture. Once the art dies, you have what we're living in right now in America: little bright spots here and there, but the industry has finally won out."

Like the Universal Music conglomerate to which Rollins himself belongs?

"I did it [recorded his latest album, Get Some Go Again] without even talking to DreamWorks," he replies. "I financed it myself. They didn't even know I did a record."

Get Some Go Again features the usual heavy, sluggish guitars and even heavier and more sluggish vocals. Rollins replaced his old band of supporting players with a trio of guys from L.A.'s Mother Superior (guitarist Jim Wilson, bassist Marcus Blake, and drummer Jason Mackenroth), whose work ethic -- get everything down in one or two takes and call it a day -- Rollins says, was inspiring.

"We just wanted to put it down quickly, have a lot of fun, and leave," he explains. "That was the plan, even though it's not much of a plan. But it's not always easy to do that. We wrote the songs very quickly and employed the Duke Ellington message: Sounds good, is good. If we liked it, it was good enough. I wasn't going to overanalyze any of the music or rewrite it or overwrite it. I did that before, and I'm never going to do that again."

Rollins says he recorded Get Some Go Again in small stages, a couple hours at a time, to sustain enthusiasm and energy, even though -- as he points out -- as the producer, he spent quite a bit more time in the studio than did the rest of the band. "With this record, I knew exactly what I wanted and didn't want to get a producer in to dilute my idea by my telling a guy who's just going to tell an engineer," he says. "So, I just brought in an engineer.

"That's the way Zeppelin made records. [Zeppelin's fourth album] was made like that, and that'll do quite nicely, at least for anyone who's buying the record," he says. "That's how those guys like to work, and that's how I like to work. I haven't always been in a situation where the people around me like to work that way."

Looking at it that way, then, certainly the most representative song on Get Some Go Again is "L.A. Money Train," a 14-minute hidden bonus track that features ex-MC5 guitarist Wayne Kramer providing extra sonic muscle to one of Rollins's typical I-hate-people rants. A longtime friend and neighbor of Kramer (for whom he wrote the liner notes and press kit for a recent album), the thick-necked Black Sabbath disciple says Kramer is just one of those guys who "always wants to play. So I just called him and said, "We're in the studio, you've got to come jam with us.'"

That ethos seems to follow Rollins in all his endeavors. His 2.13.61 book company (it's named after his birthdate), which publishes poetry by Rollins and work by similar-minded artists, undertook a vanity project a few years ago -- a massive, $100 boxed book called The Photographers' Led Zeppelin -- that cost Rollins, almost literally, his home. "It stiffed," he says matter-of-factly, approximating a loss of $70,000. "We brought in a super high-quality book for $100 retail. I figured we'd sell 5,000 in Tokyo alone to collectors. I'd buy it. We were wrong. The book eventually got remaindered for $24, and I lost my shirt, and nearly my house, on that book.

"I learned my lesson: Never, ever put out anything of such quality for humans," he continues. "It might be good conceptually, but if you're just going to be selling to people in this day and age . . . they're used to dog food. They watch Ally McBeal. What was I thinking, trying to sell them something that good? I'll never do that good again. I'm one of the only people I know who overestimated the intelligence of a buying audience. I don't want to give them bad product. I'd rather just give them nothing. You give them the real good stuff, like a great jazz record, and they don't show up. They're too busy with Britney Spears. I don't know what the problem is, and I really don't care."

Book publishing is a tough business, says Rollins (renaissance punk that he is, he also owns his own record label). "It's hard to sell books," he pauses. "Barnes and Noble and Borders have knocked out so many of the mom-and-pop stores and the small indie bookstores that were our bread and butter. Major bookstores can effectively censor book companies by not stocking them. So we get a lot of non-interest out of these big chains. And there are a lot of towns we're not in, just because they've got to have a lot of Anne Rice books everywhere."

And even though 2.13.61 is distributed by Publishers Group West, "the largest indie distributor in America," according to Rollins, "it gets no better for us. The only way for it to get wider would be signed to Simon and Schuster, and it would have to be the right kind of book for a big publisher to take on. I mean, I could probably get a major book deal, just because I'm notable enough to where they can smell a buck. But how that book will get handled I don't know."

Which leaves Rollins pretty much settling for the music thing right now (he plans to resume some spoken-word dates after his band's current tour winds down, probably sometime in September). Workaholic Rollins says he's already written 14 new songs and plans to return to the studio in June to record them. Yet he claims he isn't a frenzied worker. "I work steadily," he corrects. "I'm in third gear all the time. I've been keeping this pace up for quite a while. You have it in you during certain parts of your life, and I want to use it while I've got it. And things are very interesting now. I've got a lot of books I want to read, and I think eventually I'll get to all of them. But right now we're working."

And working. And working. In addition to the usual load on Rollins's plate -- the producing, the publishing, the acting, the speaking, the touring, the working out, the hard-rocking -- he recently hosted upcoming episodes of VH1's The List, that lame rotating C-list celebrity round-table discussion of such pressing rock and roll issues as "Which two musicians would you like to see get it on?" Rollins says it was a good time, but he's also a one-man, self-promoting PR team who maybe sees a future one day with the music network.

And after all these years, Rollins, who will turn 40 next year, still relishes his defiance. "It doesn't necessarily make me right, but it definitely makes my fuel higher octane," he explains. "At my age, I shouldn't have made a record like I did. I'm whupping ass, and I'm in peak condition. The record is bulletproof. If you don't like it, I got news for you: You've got shitty taste in music.

"I live to tell the truth, to be honest, to play hard, and to write freely," he concludes. "That's what I live for."