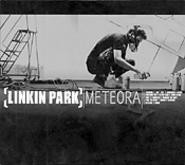 Three and a half decades after Jethro Tull's emergence, Linkin Park has brought the flute back to hard rock. This probably won't help their rep as the band that neutered nü-metal, but it does enliven a genre that was left for dead in 2002, thanks to bombs by Korn and Papa Roach.

But where those two rap-metal heavyweights eschewed the sound that made them famous, Linkin Park shows it's smart enough to stick to the formula. From the start of Meteora, the band is swinging much harder than it had on its debut -- especially on the roaring "Don't Stay" (perhaps LP's most hot-blooded cut yet); "Lying to You," which is bolstered by colossal, cast-iron riffs; and the ill-tempered "Hit the Floor," on which singer Chester Bennington screams as if his life is in peril.

Meteora does feature plenty of cosmetic embellishments -- "Nobody's Listening" has a shakuhachi flute loop that lends a Far Eastern feel, and the anthemic "Faint" is driven by racing strings that sound like Wagner on Red Bull -- which occasionally render Linkin Park sort of like Emerson Lake & Palmer with baggy pants. But most of Meteora is as heavy as its namesake.