Nicholas Payton is making a modern jazz name for himself -- at his leisure. 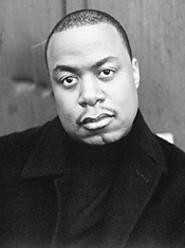 Having grown up in New Orleans, center of the jazz universe, Nicholas Payton can't even remember his first Mardi Gras, his first visit to Preservation Hall, his first jazz concert. It's not his fault, though: The 28-year-old trumpeter attended each event before his first birthday.

"I was doing that kind of stuff since I was born," he says from his home in the Crescent City. "My parents were carrying me around, exposing me to music."

Payton's dad was one of the city's hottest jazz bassists, while his mom played classical piano. By the time he was four years old, young Nicholas was already playing trumpet. By six, he was sitting in on rehearsals and gigs with his father. By nine, he was playing out himself.

And at 12, Payton got an even bigger break.

"Wynton [Marsalis] called my house to speak with my father," Payton recalls. "I picked up my horn and started playing in the background, and it aroused his attention. We got together, and he's been very helpful to me over the years."

Marsalis introduced the young trumpeter to the city's great players he didn't already know, and throughout high school, Payton's skill and experience grew. By 1994, he had a contract with Verve Records and released his first album, From This Moment, following it up the next year with the rich, well-received Gumbo Nouveau. Along with other twentysomething upstarts who mixed hard bop with contemporary urban grooves and a sunnier, lighter feel (Joshua Redman, Roy Hargrove, etc.), Payton became known as one of the genre's "young lions," endlessly scrutinized and predicted to enjoy a quick rise to fame and an even more rapid flameout. But Payton's plan didn't allow for an early finish.

"From early on, I realized I wanted to have a long career with this music," he says in almost-stern tones reminiscent of Marsalis himself. "I always focus on long-term goals rather than the immediacy of a quick record deal. Being exploited because of my youth didn't really appeal to me, and I turned down many offers early on in my career because of that. I wanted to wait until it was the right moment for me -- until I could perform and record music that I felt was legitimate and somewhat representative of what I wanted people to think of when they bought a Nicholas Payton record."

To this end, Payton recorded and toured with legendary fellow New Orleans trumpeter Doc Cheatham in the years before his death in 1997 at age 94. Their release from that year, Doc Cheatham and Nicholas Payton, explores old standards (a jubilant "Jeepers Creepers," a touching "Do You Believe in Love ?") and obscurities from as far back as the 1920s with an easygoing, Sunday-morning recline.

"It was a pleasure to be around him," Payton says; "to hear all the stories of who he worked with and who he knew -- he knew [Louis] Armstrong personally. It was a treat for me just to associate with someone who was that connected to the history of this music. To have had the honor to record with him was one of the highlights of my career."

Two more solo albums followed (Payton's Place in 1997 and Nick@Night in 1999), but it wasn't until this year that Payton was able to tap into Cheatham's direct connection to Armstrong with Dear Louis.

"It's something I wanted to do for a while," he says. "I just wanted to wait for the right time in my career to do so. There were a lot of comparisons to him when I started, and I thought that if I did an Armstrong record too early in my career, maybe that would solidify me as some type of Armstrong clone to everyone. There were several things I wanted to do beforehand -- mainly, present my original music and the band that I had before I delved into a concept record about Armstrong."

Dear Louis, then, sounds like the record Payton was born to make. Recorded with a 14-piece band plus guest vocals from Dr. John and Dianne Reeves (Payton does the rest of the singing himself), the album doesn't simply recycle Armstrong's material. If anything, Payton's arrangements expand the late master's ideas and arrangements, and his solos actually threaten to better the originals. It's as if Payton had to grow into his own skin before he could embrace his idol with such precision and unmistakable devotion.

By the time of Nick@Night, Payton had not only established himself as one of modern jazz's greatest trumpet players, but he had also demonstrated complete control of his excellent band, writing each note for his team by himself, orchestrating every moment. Steeped in tradition and certain not to raise eyebrows with its conservative, economical approach, Nick@Night lets whimsy surface only within its titles: "Captain Crunch Meets the Cereal Killer," "Turn Out the Burn Out." One nose-thumb at convention can be heard in the form of a harpsichord, played by Payton. "They're not used in jazz very often," he says. "McCoy Tyner and Herbie Hancock did briefly, in the '70s."

Because of the born-on-the-bayou authenticity served up on each of his recordings and the noirish cityscapes of Nick@Night, Payton's work would seem to lend itself easily to film scores. Though he's tackled a few small-scale projects, composing for a major movie has eluded him.

"I would love to score for films," he says, "but it's a very hard end of the business to break into. The same handful of artists write for most of the motion pictures we see. But I'm trying to find an in -- so if any [directors] happen to be reading this publication, give me a job!"

Payton had a bit part in Robert Altman's 1996 feature Kansas City, playing himself, but he isn't eyeing that as another avenue to explore.

"Well, I've never really acted," he insists. "I wouldn't call what I did in Kansas City acting -- we were just being ourselves, being musicians."

For now, however, with the aplomb of a master tactician, Payton has placed himself in the pantheon of today's greats with an eerily accurate link to the past. And that's exactly how he wants it.

"I just try to be the best musician I can be. I just try to give up myself and share the love and joy I have for the music, and hopefully that translates to the people. So, I'm living my dream."