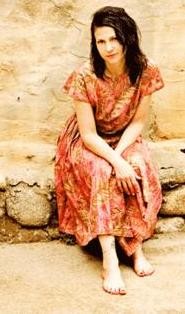 Even if you've never heard of her (and you're far from alone), you probably know Lisa Germano a little -- she's John Mellencamp's longtime violinist, providing the biggest hook in the indelible "Cherry Bomb" (the "That's when a smoke was a smoke, and groovin' was groovin'" song, among others). She's since backed David Bowie, and now the 4AD alumna is playing the fiddle, piano, and guitar, and singing in her eponymous solo project. Her latest release, In Maybe the World, is a safe bet for fans of Aimee Mann, Tori Amos, and Sierra Swan. This mellow trip through her waking world recalls escaping life's mundane business through dreaming, drinking -- and sometimes a little of both. And she can make lyrics like "go to hell" sound so sweet.