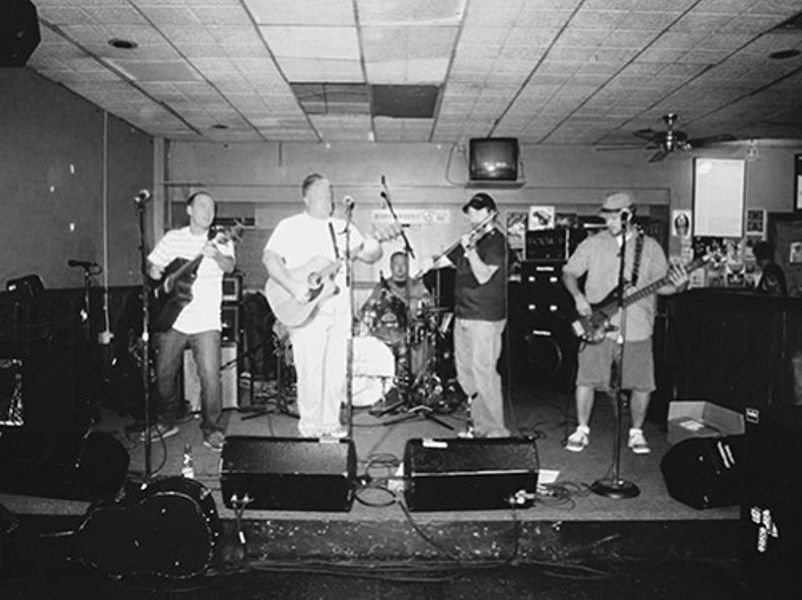 Drunken Destiny: The friends decided to put together a band while hanging out at the Cleveland Irish Cultural Festival two years ago. "I guess that's what happens when you drink too much Guinness," says Mulloy. "Here's our recipe for success: two acoustics, a set of bagpipes, fist-pounding drums and bass, and a lightning-fast fiddle named Robyn."

Even Better Than the Real Thing: Their new Live in Ohio City album reveals Marys Lane's debt to the Pogues, Flogging Molly, and the Chieftains. The 14-song set captures the quintet's frantic Irish folk better than most studio debuts. "We come from blue-collar families, says Mulloy. "We take that pride to the stage every time we play."

Old Irish Ladies on the Fence: The group's first gig was a fund-raiser on the West Side. They were added to the lineup in hopes that they would attract some younger people, says Mulloy, but "the old ladies absolutely hated us. One old lady stood in front of the stage demanding that we stop playing."

Why You Should Hear Them: Marys Lane don't play traditional cheesy Irish beer chanties. Their Celtic folk is filtered through a genuine affection for heartland, country, and indie-rock music.

Where You Can Hear Them: maryslane.com

Where You Can See Them: At the Park Tavern in North Royalton on November 25 and Sully's in Medina on December 23. — Keith Gribbins