Bill Patmon and Mike White used to be friends. Now the mayor wants to take Patmon down. 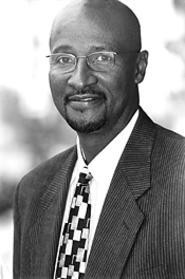 "You couldn't say nothing about the mayor at all. You couldn't even breathe the mayor. Those boys would pounce on you. They were like raving wolves."

That's how Councilwoman Fannie Lewis remembers the early years of Mike White's reign, when his loyal protégés, Bill Patmon and Jeff Johnson, enforced the mayor's political will at City Hall.

"They were people who would physically deal with you," says Lewis. She recalls a time when then-Congressman Louis Stokes met with several council members. Patmon, a rookie councilman, and Johnson, a state senator, showed up and asked angrily if the mayor knew about the meeting. Council didn't have to notify the mayor, Lewis snapped.

They argued so ferociously, others had to talk them down. "We almost came to fisticuffs," Lewis says.

In the early 1990s, people called Patmon "The Waterboy," so willing was he to carry the burden of supporting the White administration. Mike Polensek, now council president, used to joke that Patmon's arms would grow to four feet long from lugging the pails.

But two years ago, Patmon took power in council by supporting a coup against the mayor's allies. Now, as White ends his political career, he's trying to end Patmon's, too. He's heavily funding the challenger in Patmon's council race. In this month's primary, she beat Patmon by about a hundred votes.

Two days after the primary, Patmon visits the East Side Market to talk to voters. "Oh, Mr. Patmon!" beams an elderly woman in front of a meat counter. Supporter Virginia Green tells him the primary results upset her; they talk about how to encourage her neighbors to vote.

Outside the market's side door lies the empty end of a strip-mall parking lot and a barren plot covered with scattered gray stone. Patmon has tried to get a produce station built there. "This would've been done [if not for] the arguments between me and the administration."

Patmon voices the same complaints as many of the mayor's critics on council. He claims White has let city services suffer in his ward, that it's hard to get streets, sidewalks, and streetlights fixed. (White declined comment for this story.)

Patmon wouldn't have been treated that way 18 years ago. When he moved to Cleveland in 1983 to join the Glenville Development Corporation, then-Councilman White and his aide, Jeff Johnson, took him under their wings and introduced him to life at City Hall.

"The Three Amigos," people called them. And as Patmon's friends ascended to power, they brought him along. First, White was elected to the Ohio Senate and appointed Johnson to take his place at City Hall. In 1989, when White was elected mayor, Johnson stepped up to the Senate and appointed Patmon to council. He quickly won a special election and was reelected easily in 1993.

Patmon turns a bit stiff when he talks about those days. White was "a political ally," he says tersely. Was he a friend? "A political friend, absolutely."

There are two versions of how their alliance went bad. One is that Patmon got sick of White's tyrannical ways and stood up for himself and the council. The other is that Patmon sold out White for power.

After six years on council's Finance Committee, Patmon started to ask probing questions about the city budget. He says word got back to him that administration officials were "very displeased" with his queries. The mayor stopped inviting him to fund-raisers and parties.

Still, in 1997, White helped Patmon in a tough race for reelection. He faced a strong challenger, Sabra Pierce Scott, who'd spent years as an aide to two council presidents. Like all council members, Patmon ran on the condition of his neighborhood -- a tough thing to do while trying to rebuild troubled Glenville.

White donated to Patmon's campaign and wrote a letter to Ward 8 residents endorsing him. Council President Jay Westbrook, who headed the faction conciliatory toward White, gave Patmon thousands of dollars in contributions. With their help, Patmon squeaked past Pierce Scott with 52 percent of the vote.

On election night, Westbrook says, he called to congratulate Patmon -- and was stunned to hear him asking to be named finance chair. To Westbrook, who thought Patmon was an ally, it sounded as if Patmon wanted power in return for his continued support of Westbrook for council president.

"I was going to vote for him anyway," claims Patmon, who says he just wanted a leadership role.

But that month, Mike Polensek made his first grab for the council presidency. He says Patmon was willing to provide his 11th vote for a majority if he could find a 10th. He couldn't, and Westbrook was reelected, 12-9.

"I never gave anyone that commitment," Patmon says at first. So is Polensek wrong? Patmon smiles, drops his shoulders, and leans forward. "Did I kind of toy with that? Yes."

Two years later, Polensek won the presidency with Patmon's help and gave his new ally the finance chair. "I thought we had gotten to a point where our government was more autocratic than democratic," Patmon explains.

Within months, Patmon ripped the White administration's budget to shreds, finding millions of dollars in fat and stray funds. Colleagues now respect him as their sharpest eye watching the city's ailing Finance Department.

Being finance chair is "almost as enjoyable as basketball was for me as a young fellow," Patmon says -- "the interplay, the politics of it."

Furious, the mayor retaliated, distributing racially tinged fliers in Ward 8 accusing Patmon of selling out his neighborhood to his "West Side buddies." One flier noted that Polensek appointed fewer black committee chairs than Westbrook did, leaving Patmon to argue that council leaders' color doesn't matter.

"He sacrificed opportunities for other African American leaders to lead," says Pierce Scott, who's running against Patmon again.

Pierce Scott -- who happens to be the sister of Patmon's ex-wife -- also attacks him for running for county commission in winter 1998, mere months after his reelection. "I think he has been more concerned with his personal agenda than the community agenda . . . His mission is to move up politically on backs of the people who elected him."

Others disagree. As Patmon -- a striking figure in a pinstriped suit and fashionable little bifocals -- walks up to a house in his ward, three boys run over to him. "Mom, Bill Patmon's out here!" one shouts. On the porch, he introduces himself to Nancy Randall. She's visiting from Cleveland Heights, but says friends in Glenville give Patmon "rave reviews." "He's from the 'hood and of the 'hood . . . He's continuously reaching back and giving back."

Patmon's campaign literature touts a list of new developments, like the Glenville Town Center. "With the last four years, he's really come into his own," says supporter David Johnson, Jeff Johnson's father. "At this stage, no newcomer could come in the door and do what he's doing for the ward."

But this year, Patmon will have to win without his old allies. Jeff Johnson, the former mayoral heir apparent, is in federal prison, found guilty in 1998 of extorting campaign contributions from grocers. (Johnson asked a grocer for a contribution to Patmon's campaign fund, but a prosecutor said Patmon wasn't involved in the scheme.)

Patmon says his stature on council benefits Glenville. The neighborhood will get good city services, he promises -- "if I am there to make sure that happens. The incoming mayor will have to deal with me as a finance chair or a council president."

There's an unwritten rule in Cleveland politics, says Patmon, that if the mayor is black, the council president will be white -- and vice versa. So if Jane Campbell wins in November, Patmon (who has endorsed Raymond Pierce) could take the helm.

Which would put him a step away from becoming mayor. Even this year, he considered jumping into the mayoral race.

But unless he can convince Glenville voters to support him next month, he won't get the chance.