by Cris Glaser and Nadia Michel 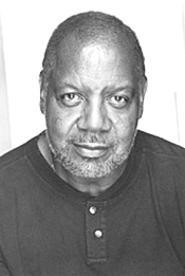 As a young man in the 1960s, John Henry Redwood (below) walked into a small Mississippi town and saw a sign of the times: No Niggers, No Jews, No Dogs. The marker made such an impression on the playwright that he wrote his last script, in 2001, about racism and anti-Semitism in the segregated South. The play, set in rural North Carolina in 1949, is centered on a divorced African-American mother, who reveals her secrets to a scholar who's in town to write a book about prejudice against Southern blacks and Jews. "Every woman, no matter what her color, can be proud of the depiction of women in this play," says Hassan Rogers, director of Karamu's production, opening Friday. "To keep their heads above water, to succeed when insurmountable are the odds -- this is a real tribute to women of all colors." It's at Karamu House (2355 East 89th Street) through February 29. Show times are 8 p.m. Thursday through Saturday and 3 p.m. Sunday. Tickets range from $12 to $15, available by calling 216-795-7070. -- Cris Glaser

"The liberating force within the black community is the black woman," says Kevin Knuckles, one of 16 black artists who contributed to X-Africa: The African American Experience at the Cleveland State University Art Gallery. And that's no more evident and literal than on his painting Statue of Liberation, which features Lady Liberty brandishing a black-power-style clenched fist instead of a torch and a baby instead of a book. "Women are the first teachers in our community," says Knuckles, who has five works in the multimedia show. Themes explored by other artists embrace the totality of the black experience -- from Civil War-era slavery to modern hip-hop. X-Africa is at the CSU Art Gallery (2307 Chester Avenue) through February 13. It's open from 10 a.m. to 5 p.m. Monday to Friday and noon to 4 p.m. Saturday. Admission is free. Call 216-687-2103 for more information. -- Nadia Michel

Got Blues for Sale

Monday's Blues Night at Squeeze Play is a cry-in-your-beer jam session that doubles as a barrelhouse lottery. The contest goes like this: Show your instrument at the door, and sign up for a Musician's Drink Card, which entitles you to dollar drafts all night long. Midway through the jam, a name is pulled from the hopper to win studio recording time and a CD distribution deal. Got no musical skills of your own? You can still chase the blues with two-for-one drinks between 8 and 10 p.m. The jamming starts at 9 p.m. at Squeeze Play, 5178 Pearl Road. Admission is free; call 216-661-6213. -- Cris Glaser