Lord of the Sings

The Cleveland Orchestra gets its geek on with Frodo and pals. 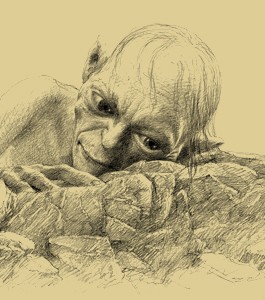 Sixteen-year-old Kaitlyn Lusk makes like Gollum and hogs the spotlight this weekend when she sings The Lord of the Rings Symphony with the Cleveland Orchestra and Chorus. The State College, Pennsylvania, high school junior joins Oscar-winning Rings composer Howard Shore onstage for a concert of music from the blockbuster movie trilogy. "I am the front of it," she says. "I get to be the face and voice of the actual characters."

And because she's the suite's only soloist, Lusk performs several dramatic roles. She sings "Into the West" (sung onscreen by Annie Lennox), "Gollum's Song," and others, on a stage that's adorned with illustrations by famed Tolkien artists Alan Lee and John Howe. While Lusk has performed "Lord of the Rings" with some of the nation's top orchestras, this is her first appearance with Shore. "I've always been kind of a soundtrack dork," she says. "When they asked me to sing this music, I kind of knew it already. All of this has been extra special because of that."
Feb. 10-11, 8 p.m.; Sun., Feb. 12, 3 p.m.