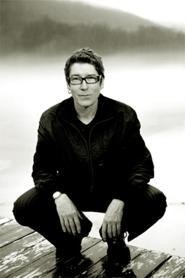 "It's a very depressing song, isn't it?" asks Richard Butler with a rueful laugh. The longtime frontman of the Psychedelic Furs is referring to "Maybe Someday," the final track on his solo debut, and he's right. The nicotine rasp that burned itself into music history in such new-wave standards as "Love My Way" has softened with age and regret: "Half the time I don't know if I'm awake or I'm asleep/Half the time I don't even care," Butler sings wearily. "Spend a lifetime looking for the real thing/Where's the real thing gone?"

But the song only reinforces themes that recur throughout Richard Butler -- a lover's betrayal here, a suicide pact there -- and perhaps it had to be so. Over the course of making the disc (due April 18 on Koch Records), Butler's father died, and his marriage disintegrated. The pain of both events reverberates in melancholy echoes throughout the album. It's a long way from the John Hughes teen film that the Furs' "Pretty in Pink" once inspired.

"I wanted to make a grown-up record," the 53-year-old British native says simply. To accomplish that, he enlisted Jon Carin, a multi-instrumentalist frequently in the employ of Bryan Ferry, the Who, and members of both Pink Floyd factions. Carin's dreamy loops and keyboard textures suggested a more delicate approach to Butler, who finally sounds like the "punk Sinatra" that critics have occasionally dubbed him.

"Probably one of the more daring things about the album is that I sang it in a way that could be described as 'wimpy', I suppose," Butler says with a chuckle. "But there are plenty of people ranting and shouting about nothing. And I felt if I sang it this way, it would give the lyrics more weight."

Not that they needed it. The panicked "Nothing's Wrong" evolved from childhood memories of a nervous breakdown his father once suffered. "I've felt a bit like that myself a couple of times over the past few years," Butler says. The song becomes a meditation on a dying parent, a theme with extra resonance: Both Butler and Carin lost their fathers during the making of the album.

Butler admits that he and his father, a chemist who introduced his son to the music of Bob Dylan, weren't especially close. "But you know those shooting galleries they have at fairs, with the ducks on the conveyor belt? When one of your parents dies, it's like you become the next duck," he says. "You end up confronting your own mortality."

The subject of love ("something I was always a bit in doubt about, even on the Psychedelic Furs records," he says) seems to be the source of even deeper disappointment, with Butler's broken marriage casting its shadow upon several songs. "I mean, the pictures painted of love are so pretty, but it's just procreation of the species. It's really lust, isn't it?" he asks. "After years of suspecting that . . ., all of a sudden, the truth was just dropped in my face. 'Here you go. Here's the proof!'"

Yet Butler remains upbeat when discussing such sobering material, and he sounds positively excited about the chance to perform it solo, with just a guitarist and Psychedelic Furs keyboardist Amanda Kramer for company. He had the opportunity once before to go it alone, in the early '90s, after the Furs had split. Instead, he teamed up with Richard Fortus -- a future member of Guns N' Roses and Nine Inch Nails -- and formed Love Spit Love, which released a pair of albums.

"It just felt like the material was going in the direction of a band. And maybe there was a little bit of cowardice as well," says Butler. "Whatever the reason, I didn't feel I was ready to make a solo record."

He wasn't ready, in fact, until after the Psychedelic Furs reformed just prior to the new millennium and he'd rekindled his relationship with Carin. The pair actually shared some MTV airtime briefly during the early '80s, when the Furs were becoming video heartthrobs and Carin's first band, Industry, was promoting its lone hit, the catchy antiwar single "State of the Nation." But they didn't meet until 1987, when producer Chris Kimsey brought Carin to a Furs recording session in Berlin.

"He said, 'I've got this great keyboard player who comes up with great ideas -- very atmospheric.' And Jon came in and he was like a bit of a whiz kid, and sure enough, he added a lot," Butler recalls. Years later, Butler and Carin became reacquainted backstage at a U2 concert and began a leisurely partnership at their upstate New York homes. "We would get together, get out the acoustic guitars, and spent a lot of time thinking about what direction things should take," recalls Butler. "It was a very relaxed way of doing things."

Butler's long-awaited solo bow brings hints to the future of the Furs. Fans will note the presence of "Broken Aeroplanes" on the album, a song that has turned up in the band's live sets in recent years. It's co-written with Butler's brother Tim, the Furs' bassist. For all of rock's bitter fraternal rivalries, the Butlers have enjoyed a notably supportive relationship. "He's still the one I have turned up in my monitors, the one I play off of live," says Richard Butler. "He's a great musician, and we have a great deal of trust."

A new Furs album -- the first studio set since 1991's World Outside -- is in the early stages, Butler says. When it arrives, it will probably delight one of the band's youngest fans: Butler's eight-year-old daughter Maggie, the apple of her father's eye. "Just hearing yourself called 'Dad' is an incredible thing," he says. "And when you feel like you're doing a good job at it, it's the greatest feeling."

Great enough, in fact, to forgive his daughter's other musical enthusiasms -- most of them, anyway. "When she goes on about Lindsay Lohan," Butler confesses, chuckling, "I have to sit her down."