Man in the Box 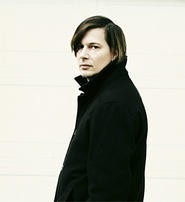 When Ken Andrews walks into the studio, he hears the unwritten songs crawling across its walls.

"I just have to find them," says Andrews, talking from his home studio in Los Angeles. "Sometimes when I'm writing -- if I'm going to be starting something from scratch -- I honestly feel there are songs inside my studio. They just need to be uncovered. And the process of doing that, sort of chipping away and finding them -- it's kind of like a drug for me."

The producer's studio addiction has helped an army of famous artists, including Beck, Pete Yorn, Creeper Lagoon, and Tenacious D. But over the last 10 years, he's also self-produced a number of his own bands, including Failure, Replicants, and Year of the Rabbit, as well as his two-album solo project, ON. Most recently, he's produced a disc titled Secrets of the Lost Satellite (the first to be released under his actual name).

"I get excited about doing the projects, not necessarily promoting them or watching the record sales and seeing how well it's doing on the radio," he admits. "I just love writing songs and recording them . . . It's like pieces of a puzzle."

Secrets of the Lost Satellite, released on Andrews' own Dinosaur Fight imprint, is littered with the best puzzle pieces of his previous albums. The record bridges the gap between the post-grunge rock of Year of the Rabbit/Failure and the synthpop of ON. The 10-song set takes live instrumentation (drums, piano, guitar), as well as Andrews' magic bag of studio tricks (trippy strings, cosmic keyboard-bass, ghostly samples), and drops them into an eerie ether.

It was the symphonic rock of track four that actually launched the project. "When I finished 'Secret Things,' I was like, 'Maybe I have an album. Maybe I have another album in me,'" explains Andrews. The song, like most on the disc, peeks into the producer's private world. Opening to a serene meadow of adagio fiddle samples and pizzicato strings, modulating synth-bass grooves soon ripple across the sky, sending that tawny pasture into darkness. A wailing storm of guitars, drums, and studio static then forms, while Andrews -- whose gravelly voice falls somewhere between Kurt Cobain's and the Screaming Trees' Mark Lanegan's -- seethes cryptically, "The place where nothing gets found." The entire production fuses the otherworldly orchestration of Spiritualized with the mechanized rock of Nine Inch Nails (at least Trent Reznor's more mainstream moments).

"With ON, I wanted to make an electronic record . . . at least on the first ON record. With Year of the Rabbit, I wanted to do a rock band record -- no nonsense -- nothing that couldn't be played by a four-piece guitar band live, pretty much note for note. For this record, I pretty much threw all that stuff out the window. I just wanted to make songs I was into."

Despite some studio gimmickry, the result is definitely his most organic and vibrant project since his first rock band, Failure (co-founded with Greg Edwards). That's because Andrews didn't hamstring the project by working in a vacuum (he created both ON albums completely by himself in the studio). Instead, he brought in two of his oldest musical cohorts to co-produce the album: Justin Meldal-Johnsen (Beck, IMA Robot) and Jordon Zadorozny (Blinker the Star, Abbey).

Meldal-Johnsen, an accomplished career studio bassist, brought his experience as Beck's live music director. Hell, he even brought Beck's live band to overdub instrumentation, animating Andrews' demos as well as shooting them full of soul. Zadorozny, meanwhile, co-wrote the record's most majestic moment, "Write Your Story," where serpentine six-strings weave a moonlit trail about creating your own destiny.

"'Write Your Story' isn't something I would have been able to do on my own," he says. "Actually, on this record, there are more players than any other record I've ever made as an artist. I think the last time I felt this level of collaboration was on Fantastic Planet with Greg."

But how these stylized studio concoctions sound live, nobody really knows. At the time of this interview, Andrews has yet to practice with his touring band, experimental-rock outfit and opening-act First Wave Hello. The studio junkie is just too busy in his recording compound, mixing and cutting albums for bands Thousand Foot Krutch and Army of Anyone. In fact, he had to be talked into actually supporting his new release. "Touring is a major time soak, and I like to be in the studio most of the year," he explains.

The good news for this tour is the fact that Andrews will be revisiting material from nearly all of his previous outfits. And though it's pretty unlikely any of those past groups will ever be resurrected -- sorry, his 2003 band Year of the Rabbit is on indefinite hiatus -- Andrews will continue to toil away inside his California music factory (he's already lined up his next personal project, an avant-garde collective called the Los Angeles Digital Noise Academy). But as long as he's willing to occasionally compose and engineer his own albums, like the stellar Secrets of the Lost Satellite, we're just fine with Andrews being the consummate studio recluse.