It Won't Be Soon Before Long (A&M) 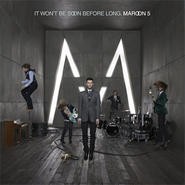 When Maroon 5 rose from the ashes of Kara's Flowers in late 2001, it was clear that frontman Adam Levine and company had made a very interesting decision: Instead of playing dorky suburban rock à la Weezer, we will play unapologetically poppy white-boy R&B. I attended one of their first gigs in L.A., where my friend and I guffawed at their brazenly commercial new sound. But then came "She Will Be Loved," and I quickly realized the members of Maroon 5 were about to become millionaires. "They sound like Journey," I whispered to my friend.

I stand behind this assessment, just as I stand behind Journey, Huey Lewis, and any other prosaically sexy squad of hitmakers who decide it's their calling to entertain arenas full of potential Survivor contestants. That's a dirty job, and the ones qualified to do it can reliably turn out the hits. You wouldn't chide a bricklayer if he laid a fuckin' sweet wall, which is what 2002's Songs About Jane was: sturdy and functional. But It Won't Be Soon Before Long? Man, it could sprout wings and fly up my ass, and it'd still be as boring as owning a goldfish.

Blame it on expectations. Jane was music made by Maroon 5 for Maroon 5; it was still essentially a garage band at the time. But like an episode of Hannah Montana, this new guy is clearly designed solely for 14-year-old girls, which probably explains "Little of Your Time," a desperate aping of "Hey Ya"; "Won't Go Home Without You," a desperate aping of "Every Breath You Take"; and "Wake Up Call," a desperate aping of R. Kelly, because it finds our hero discovering a cheating lover and then shooting the dude. (See anything you like, Ramona Quimby?)

There's nothing wrong with making music for tweens or lighter-lofting boomers. It's simply a matter of execution, and these chums are scattered and grasping. Their once tightly focused pop&B is dashed on oily pop-rock tricks. Next time, fellas, just focus on building a wall.