Thursday, June 15, at the Agora Theatre. 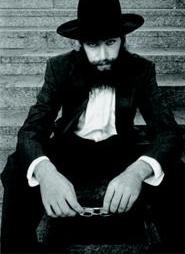 Looks are deceiving. Listen to the albums and you'll hear classic reggae bounce and the toasting rap style of Jamaican dancehall, but glance at their covers and you'll note that Matisyahu (born Matthew Miller) is a Hasidic Jew -- right down to the broad-brimmed black hat and full beard.

After initially rebelling against his Jewish upbringing and dropping out of high school to follow Phish in his teens, Miller returned to school and embraced the Lubavitch Hasidic sect of Judaism, redubbing himself Matisyahu. In the interim, he grew infatuated with reggae and hip-hop, and began to rap and perform, eventually assembling a band and releasing his debut, Shake Off the Dust . . . Arise, in 2004. It isn't Jimmy Cliff, but the band's execution is deft, and Miller's brogue and lyrics fashion a surprisingly adept homage to his reggae heroes.