The county gets in on the minority-front company scam. 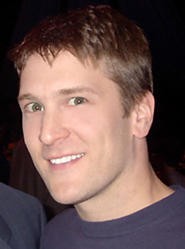 The City of Cleveland doesn't have an exclusive franchise on the minority-front company scam, whereby black contractors are guaranteed a percentage of government projects -- in hopes of creating black jobs -- but instead simply serve as fronts and kick most of the work back to Whitey.

Last month, monitors overseeing asbestos removal for the new county headquarters discovered a curious thing: Lawrence Harris Construction, the black contractor on the job, had the same people on its payroll as the white contractor, Precision Environmental.

Identical payrolls are usually a tip-off that the black company is being used as a front, while the white company is doing all the work. In this case, both claimed they were simply getting workers from the same union hall. It was an accident, Mom, honest.

Weirdly enough, monitors weren't buying this time. They told Harris to hire a more "diversified" workforce and "They corrected it within the week," says Adrian Maldonado, director of the county's Office of Procurement & Diversity. "We're gonna send a message to every contractor. We cannot have those kinds of games that were played elsewhere here."

But if the county really believes this, why did Precision get the job in the first place?

Seven years ago, the feds discovered it was using another black company, Choice Construction, as a front at NASA Glenn. Precision was caught giving Choice money to pay Precision's workers. In the annals of crime, it was not considered a textbook example of hiding the evidence.

Choice's owner was eventually forced to repay the feds and do a prison stint for tax evasion. But she kept getting government contracts. So has Precision.

The question: Who's paying whom to look the other way?

Welcome, Eurotrash!
The Convention and Visitors Bureau has tried everything to lure tourists to Cleveland. It's reached out to Republicans, Special Olympians -- even gays. But what we should really be focusing on is our greatest natural treasure: poverty.

It seems "poorism" -- the art of adventuring to the world's most impoverished places -- is the hottest new trend among wealthy Europeans who have tired of Monaco.

According to the London Observer, travelers to New Delhi are paying top dollar to tour a sweltering train station filled with Wite-Out-sniffing street children. And City Safari Tours in the Netherlands offers vacationers the unique chance to gawk at the dirt-poor inhabitants of Rotterdam's Muslim ghetto.

These wouldn't seem ideal getaways for people who wear $100 sunglasses and can actually pronounce the word "Merlot." But apparently hunger and desperation are the new pink.

Since Cleveland offers some of the most fabulous slums around -- "Fastidiously bleak!" gushed a recent review in Fodor's -- shouldn't we be offering walking tours of the Garden Valley projects? Perhaps Parisian packages for summering at the unemployment agency?

"I can safely say we are not planning that," says the convention bureau's Samantha Fryberger. After all, it's one thing to court Republicans and homos, but the French?

Mary Taylor-made
Last month, state Auditor Mary Taylor released her "audit report" on the International Preparatory School. It was a belated acknowledgment not only of school officials' incompetence and graft, but of the state's own ineptitude in overseeing charter schools.

Taylor found the same things Scene revealed when we reported on TIPS in 2005: The school was an academic nightmare, and officials were siphoning away millions of dollars ["Dream Killer," July 27, 2005, and "System Failure," October 12, 2005].

Yet Taylor's report was issued 18 months after the school was shuttered. And though TIPS began refusing to provide financial information in 2001, Taylor's predecessor, Betty Montgomery, never bothered to investigate, allowing school leaders to swipe millions more.

"What took them so long?" asks state Senator Teresa Fedor (D-Toledo). She has her own answer:

Republican sugar-daddy David Brennan, whose White Hat Management operates 31 charter schools, also happens to be the biggest porker at the program's trough. His company received more than $100 million in state funding last year, though his schools routinely perform worse than the most wretched public districts, and Brennan refuses to release detailed accounts of where the money's going.

But while he may suck at education, Brennan's quite handy with a checkbook. In the last two years, he and wife Ann have contributed $40,000 to Taylor. Over the last five, they've heaped another $25,000 on Montgomery. It's the kind of money that guarantees any audit will remain at the end of your to-do list.

Punch made five calls to Taylor's office, but none were returned. She's apparently charging $100 a minute to talk to constituents. Alas, all conversations must be prepaid.

Officially, the city's worried that an elected official who also works for, say, the county may have divided loyalties when it comes to ironing out tax beefs between the two government bodies.

Unofficially, it all smells oddly like political maneuvering, since two of Mayor David Bentkowski's sworn enemies -- Councilman Frank Petro and political hopeful Matt Trafis -- both work for the county. (The mayor, incidentally, also collects Superman stuff and, until recently, lived with his parents -- which is totally unrelated, but still pretty funny.)

"He's crossed the line," Petro says. "It's totally political. It's about getting rid of me."

Bentkowski swears he's just trying to protect the city, though the law would also bar lifeguards and really nice librarians named Rene from serving on council. So he'll redraft the proposal to exclude jobs that aren't an obvious conflict.

Yet the new plan would still ban Petro and Trafis. It's not about revenge, says the modest mayor, since neither poses a threat. "Those candidates would be sitting ducks in an election against me."