Thursday, November 29, at the Allen Theatre. 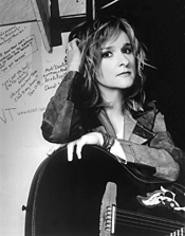 Putting emotions front and center is virtually a prerequisite for singer-songwriters, and few do it with as much candor as Melissa Etheridge. Almost every little tidbit about her life is for public consumption, and this willingness to live in a fishbowl has served Etheridge well -- enough to make her the No. 1 icon for gay women the world over.

When Melissa and her lover of 12 years, Julie Cypher, broke up recently, it wouldn't have taken a rocket scientist to conclude that Etheridge's next album would be a soul-baring the pop world doesn't see every year. Skin, Etheridge's first CD since 1999's Breakdown, is just that. The record is to Etheridge what Blood on the Tracks is to Bob Dylan or what The Pretender is to Jackson Browne. And if listening to such musical confessions isn't enough of a peek into Etheridge's psyche, you can always read her recently published autobiography, The Truth Is . . . My Life in Love and Music. Plenty of folks have, as the book debuted at No. 9 on The New York Times best-sellers list. As one can guess, it's a deeply personal account from a recording artist, lesbian heroine, and mother of the child she bore courtesy of David Crosby (perhaps the sperm bank was fresh out of Bruce Springsteen). With heart on sleeve, Etheridge will bring her yarns of pain, gloom, and survival to Cleveland on one of her last stops before a European tour.