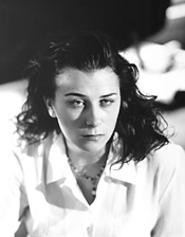 Boston-based songwriter Melissa Ferrick showcased her skills at this year's Folk Alliance Conference in Nashville, but folk is only one way to describe what she does. Ferrick appeared in "Women in Rock" features in the early '90s, alongside Melissa Etheridge and Liz Phair. She had a couple of great records (Massive Blur and Willing to Wait) on Atlantic back then and has been doing just fine on the DIY, post-Lilith Fair circuit ever since. She can make an acoustic guitar moan, but her latest effort, Listen Hard, features rockers that simply lay her soul bare. Fans of women who push their guitars hard and write tough, introspective songs that simply sting will want to be at the Beachland this Friday.