Monday, April 5, at the Beachland Ballroom. 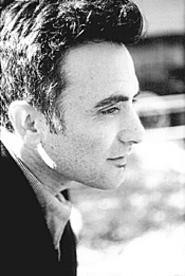 Though the similarity is more in range than style, Ohio native Michael Fracasso's high-pitched voice has most often been compared to that of Texas-born Roy Orbison.

The first member of his family to be born in the U.S., Fracasso spent the first 13 years of his life in the steel-mill town of Mingo Junction, where Michael Cimino filmed the darkly successful The Deer Hunter back in the '70s.

"I used to walk to school right down that opening scene," Fracasso says. "That was what I'd look at every morning." Which might explain why the singer-songwriter took off cross-country -- grad school in Washington State and the Greenwich Village scene in New York City -- before finally finding a home in the welcoming arms of Austin, land of the plaintively literate.

More than a dozen years of residency and a new album, A Pocketful of Rain (with a reverential Townes Van Zandt cover and self-penned songs like "Whiskey Mother" and "Shoot'n for Love"), are enough now to qualify Fracasso as near-native. "I'm happy being known as a folk artist," he says. "I have no problem with that."