ELVIS PRESLEY: All Wrapped Up

When Elvis Presley played Cleveland's Public Auditorium on June 21, 1974, Mike Belkin was a guest of Presley's California promoter. That evening, when Belkin was offered the opportunity to meet the legendary performer before the show, he eagerly accepted.

"The King," now in the late years of his reign, was camped out with his entourage in the now-defunct Swingos Hotel in downtown Cleveland, near today's growing Cleveland State University campus district. Security at Swingos was tight, but the promoter and Belkin were whisked into Presley's suite. Introductions were made but Belkin found it difficult to have a real conversation with Presley as he was being prepared to be costumed in his signature white "peacock" suit.

"I was at a loss for words," says Belkin. The reason? Presley's crew was in the midst of "wrapping him in Saran Wrap to hide how overweight he had become," says Belkin. "He put on a good show that night. But I think he was messed up; I don't know.

"When he was onstage performing, women would throw flowers on the stage. And he'd pick up a rose — and start to eat it. I always thought it was unusual to be eating flowers in the middle of the show." 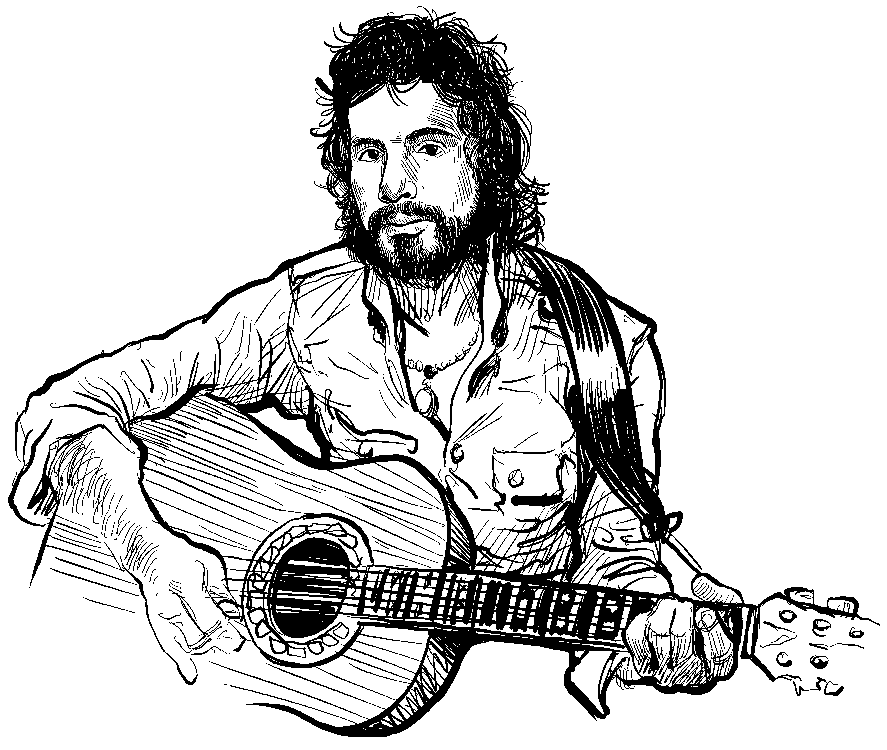 Belkin Productions had partners on all seven dates of a 1974 Cat Stevens tour except for one at Public Hall in Cleveland on April 23. The tour ran from April 22 to July 10. Mike Belkin toed a very fine, potentially dangerous line —make that lines — at one of those dates.

Stevens' manager and attorney were friends, "which is how we got the tour," Belkin says.

Stevens was one of the first rock stars to bring his own chef and cook on tour, and he used to make dinner before the show. "He was very quiet," says Belkin. "It was nice. It was easy."

Belkin, who was single at the time, brought a date to one of the gigs, either in Chicago or Detroit, and he behaved himself. "The keyboard player for Cat Stevens invited us to his hotel room and he brings out the coke and lines it up and said, come on, let's do it," he recalls. "She did it," the keyboard player said of Belkin's date.

THE DOORS: Those Troublesome Doors

In spite of the Doors' controversial nature — or perhaps because of that — the group was also very popular. Their Cleveland-area debut was on Sept. 14, 1967, at Musicarnival, a show that drew only 700 to a tent that could hold 2,500. That show was not produced by the Belkins.

When the Doors returned to play Cleveland's Public Auditorium on August 3, 1968, the Belkins were involved and the place sold out. According to Doorshistory.com, lead singer Jim Morrison jumped into the audience during "Light My Fire," driving the fans crazy.

Following a canceled show at Public Auditorium set for March 29, 1969, the band was booked for consecutive nights at the Allen Theatre February 13-14, 1970. Mike Belkin was hoping the first night would go smoothly, as he had plans to camp out with his son, Michael, after the show.

"I was nervous the whole show; police lined the side of the stage and I couldn't wait until the show was over," Belkin recalls. "There were people standing up and they wanted people to sit down and finally they ended the show, and I went, 'Oh, my god, it's over with no problems,' because no one knew what was going to happen."

The band left the stage but Morrison came back out by himself. "People were already starting to leave and they all rushed back into the auditorium," said Belkin, who badly wanted the show to be over. But it wasn't.

"They did a couple more songs, then they went off, then the police came out, and lined up (along) the entire front of the stage. It's not like people were rushing the stage and causing problems; I'm thinking, 'Oh god, now what? Is this going to cause a problem?'

But it didn't, and Belkin went backstage to thank the Doors, telling them, "I'm sorry I can't spend time with you because I have to go to my son's sleepover."

In the 1970s, Belkin Productions booked an Aretha Franklin date in a co-promotion with Franklin's agency. The contact there was a man we'll call Booker, who was exclusively responsible for Franklin's wants.

Booker offered Mike Belkin the use of his Detroit apartment one night. The two were friends; in fact, Belkin invited Booker and his wife to a Johnny Carson show he produced. But when he got to Booker's place, he discovered another side to the guy. When Belkin opened a door to a closet and found two rifles, he closed that door fast.

The night before, when Booker picked up Belkin and his brother at the airport, the Detroit man asked whether he could make a quick stop on the way into town. "We said sure, that's fine," Belkin recalls.

"Someone had told us that Booker was involved with the numbers; that's what we knew. Anyway, he stopped at a bar, we waited in the car and he came back out, got in the car and dropped us off at the apartment," Belkin says. "He was the sharpest dresser you'd ever want to see. Whatever suit he had on, it was always a beautiful suit. And he'd match it up with alligator shoes. We got along with him.

"Ultimately, we found out that he wasn't just in the numbers. One of our friends in Detroit called and said, a couple of years later, that he'd send a copy of the front page.The newspaper reported that Booker had been murdered in a drug deal.

"All I can say about Booker, as far as I was concerned, was he was a gentleman's gentleman," says Belkin.