SNL vet knows a lot of big words, and he's not afraid to use them. 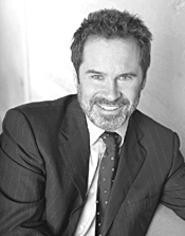 Dennis Miller makes no apologies for switching political sides. The quick-witted Miller once pledged allegiance to most things left, "until [al-Qaeda] blew up the World Trade Center," he says. "Listen, I'm a pragmatist. I'm for gay marriage, but I think we should kill the guys overseas who want to blow up gay marriage to make a political statement."

And for the first time in 20 years, Miller is without a regular TV gig to make these declarations. Since he launched his career on Saturday Night Live, the Pittsburgh native has juggled premium cable (HBO's Emmy-winning Dennis Miller Live), basic cable (the recently canceled Dennis Miller on CNBC), and network television (he spent two years as a commentator on Monday Night Football). "The thing I did on Saturday Night Live is the thing I did on CNBC," he says. "That's my monkey trick."

Jeff Blanchard sat dumbstruck, watching FEMA fumble Hurricane Katrina. When the agency did get its act together, the local comedian was even more flabbergasted that evacuees were shuttled from "Waterlogged Voodoo" -- New Orleans -- to Houston. "New Orleans is 85 percent black," says Blanchard. "And we know how tolerant Texas is to black folks." On Friday, Blanchard joins fellow Hearts of Darkness comics Mike Baker, Mike Dietzel, and Simply Tim for a politically pointed program that takes on everyone from President Bush to New Orleans mayor C. Ray Nagin. Cleveland's offer to house evacuees at the Convention Center will get skewered too. "Everything was free: food, clothes, etc.," says Blanchard. "And New Orleans said, 'No, thanks.' They'd rather tread water with dead bodies and alligators than come to Cleveland." Show time is 10 p.m. Friday at Bassa Vita, 1572 West 117th Street in Lakewood. Tickets are $5; call 216-521-4386. -- Cris Glaser

After spending his summer on TBS' reality show Minding the Store, Pauly Shore's ready to hit the road. "It's a nightmare when you work with your family," he says, referring to the program, which documents the comic's attempt to manage his mom's famous Comedy Store club in Los Angeles. And if all you know of Shore is the weasel-like stoner persona he perfected more than a decade ago, he's got some news: "I don't come out and do [that stuff]," he says. "I address that, but it's not who I am anymore. Are you the same way you were 15 years ago?" No way, bud-dy. Shore's at the Improv (2000 Sycamore Street) at 8 p.m. Thursday. Tickets are $26; call 216-696-4677. -- P.F. Wilson

Canada's Metric and Most Serene Republic have a lot in common. For one thing, both bands feature women, who give their music a soft texture. For another, they both play indie-rock that builds from ambient drifts to wall-rattling rockers. And they're on tour together! See them at the Grog Shop (2785 Euclid Heights Boulevard in Cleveland Heights) at 9 p.m. Saturday. Tickets are $12; call 216-241-5555. -- Michael Gallucci