If the Cleveland school district knows where your money went, it isn't saying. 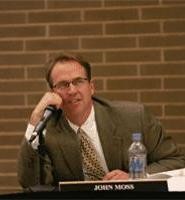 Five years ago, Cleveland school officials were desperate for your money. East High's gym roof had collapsed, a sign that the apocalypse was imminent. Without repairs, the walls of the city's aging schools would literally crumble onto unsuspecting children. Or so it seemed.

Luckily, the state was offering half a billion dollars in reconstruction funds. All Cleveland had to do was pass its own $335 million levy.

But there remained fresh memories of the millions wasted from previous levies, and there was little stomach for another round of massive misspending. So district officials offered a bold assurance: Open your wallets one more time, and we'll create a new "accountability commission" to ensure that the money is wisely spent.

Never mind that such a commission had been created just five years before, with little success. This was a new day.

"We will make sure every dollar is spent to improve Cleveland schools and is not wasted," he said a few days before the vote.

The levy passed. And the reneging on promises began in earnest.

School officials had long behaved as if the district were their private fiefdom, and they were not about to change. Jim Lardie, president of the advocacy group For the Children, says that when he would ask to see the paperwork being discussed at meetings, schools PR chief Alan Seifullah would "just get absolutely pissed about that."

As the project's budget grew to $1.5 billion, the commission demonstrated little interest in oversight. Members began to disappear. Blame can be spread widely, depending upon whom you ask. Some fault the panel's leaders for not doing the job. Others say Mayor Jane Campbell and Byrd-Bennett just wanted it to be a PR machine.

"There were a few of us that used to raise hell all the time, and it didn't make a difference," said Zeddie Coley, a community activist and commission member.

Once, when Executive Director Dennis Kolp noted that the construction was moving too slowly, Seifullah told a reporter that Kolp should "shut his yap."

Over four years, the panel produced two reports and one vague, two-page "report card," which neglected even to mention how much money had been spent.

It wasn't long before people started jumping ship. After just two years, Stokes and his co-chairman, retired KeyCorp CEO Robert Gillespie, left their posts. Two years later, in March 2005, Kolp announced that the commission had run out of money. The much-heralded panel shut down.

The collapse was hardly a surprise. After all, the commission was the product of a district notoriously allergic to public scrutiny.

Since last August, the district has conducted 13 audits, examining everything from construction projects to its infamous make-believe attendance numbers. Yet the public has seen none of them. When Scene asked, Seifullah first claimed he knew nothing. Then he backtracked, invoking a strange interpretation of attorney-client privilege.

"Any audits that were done are now the property of our chief legal counsel," he says. "Until there's a determination that attorney-client privilege is waived, it's not a public document."

In other words, the taxpayers have a right to pay for the audits; they just can't see them. No one outside an inner circle of administrators seems to know where the money's going.

The school board's monthly meetings consist of vague PowerPoint presentations and mountains of handouts, but little critical questioning from board members. Every once in a while, a breathtaking new gem is revealed, such as the fact that Cleveland spends anywhere from $12 million to $20 million a year to send special-needs kids to other schools throughout the state. In the face of such eye-popping statistics, piles of other numbers go unquestioned.

For example, one line item reveals that Gerald Pace, the district's chief financial officer, had an annual budget of $80.5 million for his department last year. When asked why, school board member John Moss admits that he doesn't have an answer. "We should know," he says. But he doesn't.

Moss, an assistant vice president at Merrill Lynch, has lobbied for months for better oversight. But his colleagues seem less enthusiastic. They believe that district officials -- despite their history of hiding audits and issuing fictitious numbers -- are beyond reproach. "Absolutely, I trust the numbers," says board member Robert Heard. "I believe that the financial numbers are accurate."

Chairman Larry Davis is also comfortable with the board's ignorance. "I feel we have a pretty good grasp on the way the money's being spent," he says. "We always demand an explanation for any expenditures which aren't in line. We question it."

But when asked about the CFO's $80.5 million budget, he doesn't have an answer either. "I'd have to look at it," he says.

Outside the board, people remain as distrustful as they've always been. City Councilman Kevin Kelly puts it bluntly: "I don't believe anything I hear from the Cleveland Municipal School District."

Earlier this month, the school board finally voted to revive the accountability commission. Moss says it will include volunteers skilled in construction and law. Board members seem to think this will pacify the public.

"I'm hopeful that the community will be satisfied with what we've done," says Rashidah Abdulhaqq.

But it's hard to believe that the new panel will do any better than its predecessors. This time, it won't even have an independent paid staff to verify whether the district's claims are true -- a fact that some say guarantees failure."To set this sucker up again with 15 people and no money is bullshit," Lardie says. In his eyes, it's one more reason why voters should reject new levies until school leaders prove they are trustworthy.

"No more money till you behave right."