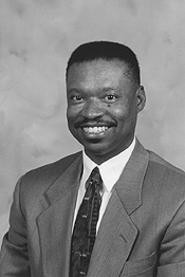 Friday nights don't have to be filled with loud music, noisy people, and a futile search for intelligent life in a smoky bar. Which is why local poet Vince Robinson formed 3rd Friday Soul Poetry @ Another Level, a monthly gathering of words and music at the non-alcoholic, smoke-free club/coffee bar. "This was just something I did to try to create a niche and to give people an opportunity to read their poetry in Cleveland," he says.

As its name implies, the event takes place on the third Friday of every month (Robinson explains that the first one, held in August 1998, fell on that day, so he made it part of the title to keep Soul Poetry on a schedule). And if munching diners seem intimidating to first-time poetry readers, Robinson says there's no need to worry: "It's an intimate venue that's conducive to folks who may have a little trepidation about getting in front of an audience. We want them to feel as comfortable as they can and accepted and, basically, loved."

Robinson's quartet, the Jazz Poets, supplies the music to each budding Keats and Shelley. They play a jazzy R&B mix, he says. "We try to make the music unobtrusive, so that it complements what they do rather than take away from it. We have an improvisational aspect to what we do and have developed a sensitivity to the poetry that's being read."

An open mic list is circulated at the beginning of the evening, with Robinson usually inaugurating the proceedings with a couple of his own compositions. He says that anywhere from 5 to 15 different poets perform, with no enforced time limits (no one has abused the forum with a two-hour epic yet, Robinson points out).

"One of the things that was real important to me was to give people the opportunity to read more than two poems," he says. "At a typical open mic in Cleveland, you're limited to two poems and three minutes. I was frustrated with that, because I might write a poem that's five minutes long." Soul Poetry is for people, like Robinson himself, who "don't really want to deal with the restrictions of the usual open mic situation in Cleveland."

Robinson sees a lot of familiar faces in the audience. But, he says, "It's not unusual to get someone who has never read poetry in public before. There have been times when people have only written one poem in their life, and they wanted to read it."

Most of the readers at his events are "good poets who are doing their thing, and the people generally have respect for them." Sometimes, though, they may need some coaching on the importance of delivery or how to project to the audience or the best way to use a microphone, Robinson says. "One of the reasons I started doing this was because I wanted to create an avenue for personal self-expression, but at the same time, I wanted to create a means to permit other people to express themselves as well. And that runs the full range from young folks to older folks."

He's encouraged by the reception to Soul Poetry and hopes that people will see it as a less noisy alternative to the usual Friday night frivolities. "I think poetry is becoming more accepted by masses of people," he says. "Part of my personal mission is to bring poetry to people who wouldn't ordinarily be attracted to it. I would like to see credibility for poetry as an art raised, so that it's more acceptable and more available. And I'd like to think there are other poets in Cleveland who share my sentiments." -- Michael Gallucci