Mmm-Mmm Good for You 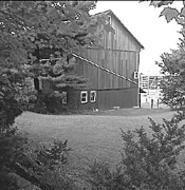 Don't go to Crown Point Ecology Center's Taste of the Earth Festival looking for the usual carnival eats. There's no funnel cake, cheese on a stick, or sausage sandwiches here. Instead, the fifth-annual fete -- Saturday at Crown Point's 130-acre farmstead -- offers organic food harvested from the land. It's all about the free-range chicken, baked Brie, and homegrown-veggie dishes. Silent and live auctions -- featuring balloon rides, ballet tickets, massages, and restaurant gift certificates -- will take place throughout the day, and the contra band Strings 'N Things will perform.

And, of course, there will be plenty of info on Crown Point's mishmash of agriculture, philanthropy, education, and spiritual guidance. "[We] have a mission of bringing together ecology and spirituality," says Joanne Buckman, director of the nonprofit center, which is run by the Dominican Sisters of Akron ministry. "Much of the food that [is donated to] the hungry in the area is highly processed." That's why the center contributes more healthy fare -- about 20,000 pounds of organically farmed food each year, in fact -- to the Akron Canton Regional Foodbank.

Crown Point also offers youth and adult educational programs that impart farming techniques and lessons in agriculture. Just in case you want to learn how to grow free-range chickens of your own. The Taste of the Earth Festival takes place from 5 to 9 p.m.; the Crown Point Ecology Center is at 3220 Ira Road in Bath. Tickets are $40. Call 330-668-8992 for more information. -- Chris Miller

The best comic-book movie of the summer isn't X2 or The Hulk; it's American Splendor, which opens Friday. The film, winner of the Grand Jury Prize at the Sundance Film Festival, hopscotches through local comics writer Harvey Pekar's life: from his first meeting with underground-comix legend Robert Crumb and his awkward first date with the woman who would become his wife to appearances on Letterman and the torturous 12 months of illness that resulted in his most acclaimed work, 1994's Our Cancer Year. Filmmakers Shari Springer Berman and Robert Pulcini splice documentary footage of the real-life Pekar with reenacted scenes starring Paul Giamatti as Pekar. Comic geeks, rejoice! (See Film for review.) -- Kevin Hoffman

The simpler the recipe, the better -- that's Ken Kostal's advice for winning Saturday's Chili & Salsa Cook-Off Championship at Thistledown. "I prefer ground beef, but most cooks like their meat cut, because [the chili] looks meatier," explains Kostal, the cook-off's organizer. "And that looks good in the judges' eyes." Connoisseurs can sample entries in three categories: salsa, chili red, and chili verde -- the greenish-brown sauce that's popular on the West Coast. "Some people say, Eww, I'm not gonna try that,' but it's really good," Kostal says. The cook-off is from noon to 5 p.m. at Thistledown, 21501 Emery Road in North Randall. Admission is free; call 216-662-8600. -- Cris Glaser

Oktoberfest (right) in Olmsted Township doesn't officially start until the steel spigot is cracked open with the wooden mallet. While the brew flows -- 130 kegs of it, shipped directly from Munich -- the schnitzel flies, along with bratwurst, sauerkraut, and strudel. Bavarian music keeps the party moving, and clowns and face-painters entertain the kids. "It's a great time for all," says Joe Holzer, the fest's operations manager. "And you can thank the beer for that." Danke schoen! It runs from 6 p.m. to midnight Friday, 4 p.m. to midnight Saturday, and noon to 9 p.m. Sunday at the Donauschwaben German-American Cultural Center, 7370 Columbia Road in Olmsted Township. Admission is $5; call 440-235-2646. --Cris Glaser