Robert Viscusi's had enough of the Italian American stereotype. 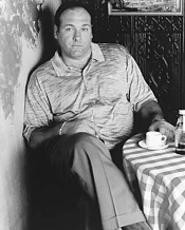 It's an offer pundits can't refuse: beating a dead horse's head over media portrayals of Italian Americans. The Mafia was big entertainment in 1972, when Francis Ford Coppola made The Godfather, and it's still big entertainment today, thanks to HBO's The Sopranos.

But the return of the mobster is not sitting well with some -- particularly those who think the caricature gives Italian Americans a bad name. "We see the domestic and personal realities of our lives portrayed as if they were typical of life in the underworld," says Italian American Robert Viscusi, chief executive officer of the Wolfe Institute for the Humanities at Brooklyn College in New York, who will lecture on "The Crisis of Representation in Italian America" at John Carroll University on April 18. "And, you know, most of us don't live in the underworld."

Which is why Viscusi, like the Illinois group that filed suit against AOL Time Warner (HBO's parent company) last year, is mad as hell. Or at least a little upset by the stereotyping. He asks, Who exactly gets to speak for Italian Americans? And why?

But Viscusi does hand The Sopranos a golden cannoli for its intelligence and complicated but introspective look at criminal life.

"The stereotypes are portrayed from the inside," he explains, noting the Italian American backgrounds of the show's cast and creative crew. "And it's completely captivating. You'd have to be deaf, dumb, and blind not to get caught up in it." Viscusi maintains, however, that there are other, more legitimate Italian American stories being ignored in order to make room for mob tales.

But he is well aware of the impetus: money. In other words, crime does indeed pay, when it comes to tales of Italian Americans.

"This isn't [our] whole story," he says. "And it's not the story that I want [told]." Fuhgeddaboutit.