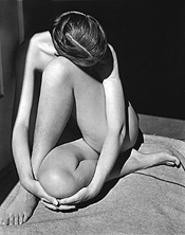 Photography is now taken seriously as a major art form, both domestically and abroad, but as recently as 1963, one writer spoke for many when he asserted that "photography remains a minor art because of the limitations of the instrument -- the insufficiently constructive control it gives the artist over details of color and form."

An important new exhibit at the Cleveland Museum of Art called Edward Weston and Modernism proves that Weston's control over his equipment and his material was as comprehensive as that of any painter or sculptor of the modern period. The exhibit, organized by the Boston Museum of Fine Arts, includes work drawn from the collection of Saundra and William Lane (the couple, during the late '60s, purchased practically all of the vintage prints owned by Weston's heirs) and shows how Weston incorporated influences from surrealism, cubism, and dadaism.

The modernistic tendencies began to come together in Weston's work as early as 1922 on a visit to his sister in Middletown, Ohio. There, he shot the Armco steel plant as a series of smokestacks marching single file. These sharp-focus photographs were a far cry from the gauzy photography that characterized the romantic pictorialist tradition. If, before the Armco series, Weston had one foot in the nineteenth century and one in the twentieth, he now embraced modernism. Just as writers like Joyce and cubists like Picasso were purifying their style by emphasizing method over story, the ambitious 36-year-old American around this time turned steel mills into lean abstractions. Just as coke is thrown off in the production of steel, the new astringency in Weston's work was a by-product of his attempt to capture America's growing fascination with the sleek geometries of the machine age.

Weston moved to Mexico in 1923, and during his three-year stay he did still lifes of ordinary objects such as toys and tree trunks, portraits of Mexicans, and nude studies of his assistant -- actress, photographer, and activist Tina Modotti.

His heroic portrait heads, in particular, show his interest in depicting Mexicans the way Diego Rivera and José Clemente Orozco had in their enormous murals. Weston's portrait of Rose Covarrubias, for example, could be a photographic study for one of the women in Rivera's murals: The symmetrical quality of her face suggests that she is as much a "type" as an individual. Weston adds his own touches, though: Covarrubias closes her eyes but she also smiles, and the tiny shadows created by her long eyelashes add a comic note. Certainly, this is not one of Rivera's world-weary calla lily vendors.

The flowing curves of the Tina Modotti nudes emphasize a crucial element in Wes-ton's evolving aesthetic. This was a modernism that had no interest in attempting to find the precise point at which the cerebral and the sensuous diverged. For Weston, all form was sensuous and treated as reverentially as Modotti's exposed backside.

When Weston returned to Los Angeles late in 1926, he began experimenting with abstraction. This is when he started his series of photographs of shells, cabbages, and bell peppers. These studies often have a distinctly sensual undertone. If Freud said that sometimes a pipe is just a pipe, Weston countered with work that seemed to say "Sometimes a bell pepper is not just a bell pepper." Like the dadaists, Weston believed that context counted for much. If he could pare away all inessentials, the bell pepper would speak of the artist's quest for ultimate simplification (read abstraction) and not last night's salad.

With Weston, vegetable skin becomes flesh, and when it catches light, the effect resembles a modulation in a musical composition. One arrives at a new harmony or instrumental timbre so inevitably that it's easy to overlook the mastery that such a transition required. Indeed, visual weights are masterfully balanced in these shots. Often there is a dense formation of light areas somewhere around each of the four corners of the frame, and we tend to complete the space by inferring the rest of the information. Weston, in such shots, employs a strategy similar to one used by Igor Stravinsky in The Rite of Spring (Weston's portrait of the Russian modernist composer is on view at the exhibit). Stravinsky could go through five different time signatures in ten seconds of music. These mercurial metrical shifts resulted in all sorts of novel rhythmic shapes and patterns. So, too, Weston with his vegetables: One imagines him tilting his light source this way and that in a search for the formal organization he wanted in a particular shot. From such orchestration, unexpected shapes and patterns emerge.

Weston's experiments with form and texture around this time also included nudes. The subject of these studies was future wife Charis Wilson. "Nude" (photographed in 1936) is a composition of remarkable subtlety. It's one of Weston's most well-known images, and it richly deserves its fame. With hallmarks of the cubist style (discontinuous pictorial space, repetition of form), this is a photograph that, like a Picasso masterpiece, leaves not a strand of hair or a wrinkle in a rug to chance.

In a contortionist's pose, Charis kneels forward, her hands entwined around a knee. Her other leg emerges from her cupped arms. The repetition of form is ingenious: The diagonal line of the part in her hair is echoed in the diagonal line where both hips meet near the center of the composition. The curve of her head is echoed in her entwined hands and the upward turn of an arched foot at far right. The curve of the arched foot is, in turn, echoed by one in the rug. A central triangle formed by the placement of legs is hinted at in the black space just above Charis's toes in the extreme foreground. Among other arresting features in this photograph are the textural shifts from smooth skin to coarse carpet to sun-dappled hair. "Nude" is like a melody in a Mozart opera -- Weston consistently finds new and interesting ways to expand on his theme.

Around 1930, traces of surrealism increasingly found their way into his work. Viewers must judge for themselves what contribution this made to his art, but for a photographer who so successfully imbued bell peppers and shells with a dream-like aura, one blanches at shots such as that of a nude woman reclining on a sofa wearing a gas mask with a large fern perched in the foreground. This 1942 wartime shot titled "Civil Defense" has a kind of hallucinatory clarity, with the juxtaposition of a gas mask -- which one might associate with the horrors of war -- and a plant, which might suggest what wars destroy. Although the casual pose of the woman is what intrigues (she doesn't seem too concerned about the war), this is thin gruel compared to the substantial work that makes up most of this exhibit.

Much better from this final period (Weston stopped taking photos in 1948 due to poor health, and he died ten years later at 82) is a series of photographs encompassing sculptural car wrecks and abstract arrangements of kelp taken at Point Lobos, Weston's home near Carmel.

Weston once said that he got greater joy by finding things in nature already composed than from his best personal arrangements. His point was that selecting something for photographic treatment was a creative act. Whether it was peppers, shells, abstract nudes, kelp, or car wrecks, he found form everywhere, and it's no surprise that he played such an important role in defining the path of early American modernism. If photography is thriving today, no small portion of the credit is due to Edward Weston -- a point made amply clear by this compelling exhibit.