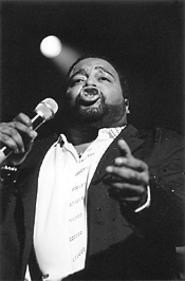 Warrant famously isn't what it used to be, but the band's guitarist will enter 2004 with plenty of momentum. Veteran area rocker Billy Morris has opened Lava Room Recording Studios (at 1305 West 80th Street; 216-334-1172), a tastefully lavish studio that's dotted with lava lamps, natch.

"What makes us different from every other studio in town, besides 4,000 square feet, is that we're a creative concept in recording," says Mike Brown, Morris's partner and co-chief engineer. "We wanted to create an environment where, if an artist is going to be creative, there's an ambiance for that."

The studio includes a giant performance room with hardwood floors. Its most innovative feature is a studio arrangement that helps simulate a live performance, complete with a drum riser and intelligent light that reacts to music.

"To us, the most important part of getting a good record starts with the performance," says Brown, who has a music production degree from Boston's Berklee College of Music and has worked with Gerald Levert and Bone Thugs-N-Harmony. "That's what we try to capture: the performance."

· Cleveland R&B crooner Avant's new Private Room had a strong opening week, debuting at No. 18 on the Billboard albums chart and selling 128,000 copies.

· Cobra Verde's star-studded, funny-with-a-message video for "Riot Industry" -- the band humbly describes it as "the nihilist sing-along of the year" -- has made a splash, debuting at No. 16 on the CVC Report's Rock/Alt Video chart, between Korn and the White Stripes.

· Slay bells ringing: Cleveland death metallers Amentia have covered the holiday classic "Jingle Bells." Their version, titled "Slay Ride," will be available at their December 27 opening gig at Mushroomhead's Nightmare After Christmas at the Agora.