After nine years of waiting, the feds finally smack CMHA. 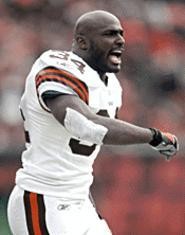 Nine years after shelling out $29.7 million to build hundreds of new condos and apartments in Ohio City, the feds are peeved that the Cuyahoga Metropolitan Housing Authority has basically done squat. No new homes have been built to replace the demolished Riverview Terrace on West 25th Street, and renovations at nearby Lakeview Terrace aren't done either ["Beavis and Butt-head Do Government," December 14].

So last fall CMHA asked for more time to spend $8.5 million of a grant that was set to expire at the end of this year. But HUD officials -- who had already watched Cleveland miss years of deadlines -- weren't biting.

They refused to approve the extension until CMHA submits firmer plans for the new homes. Now the authority has to prove it owns the land (which it doesn't, yet), knows where the money will come from, and has actual building plans -- all foreign concepts to an agency accustomed to treating federal money like Paris Hilton's trust fund.

In a letter to CMHA, HUD expressed "very serious concerns" about how long the project has taken. Local officials have less than three months to get their act together or face fines -- which is about as close to a bitch-slap as the feds get.

Pay to play
Reuben Droughns wants more money, and if he can't get it from the Browns, he'll take it from fans.

Last week saw Droughns, the first Browns running back in recent history to eclipse 1,000 yards rushing, making noise about rewriting his $1.15 million contract and subtly threatening to hold out during training camp if he doesn't get his raise.

Coincidentally, the same week brought fliers advertising an upcoming autograph signing by Droughns at Normandy High in Parma. But you'll have to pay up for his John Hancock: Droughns is gouging Little Timmy to the tune of $20 per signature.

Frey qualified because he "visits at least twice a year" and once "considered" buying a house in Shaker Heights. Bedwell, on the other hand, doesn't even pretend he wants to live in Cleveland. He works here and commutes back to Indiana every weekend. When the magazine asked why he doesn't move, he said, "You've got to be in Columbia City, Indiana, to answer that."

The heat is on
Everybody expects higher gas bills these days. But Shannon Okey and Tamas Jakab, who share a house in West Park, are reluctantly going for the record.

Jakab had been paying a flat $25 per month to spread the winter bills throughout the year. What he didn't know was that his meter had been broken for two years, and Dominion had never been able to get a reading from outside the house. But instead of calling or sending a letter, Dominion did nothing, says the couple.

Okey, who works from home during the day, wonders why the meter reader never knocked on the door. "Last I checked, if you're a meter reader, isn't your job to be reading the meter?" she says.

A Dominion spokesman claims the reader had left several notices on the front door, but the couple only remembers getting one. That was last August, and the message was simple: Make an appointment to fix the meter, or start shopping for coats.

After the meter was replaced, the couple figured their problem was solved. Then they got a bill for $1,797.87. "I was really, really shocked," says Okey. "You can't just let the thing run for two years and then come back and then suddenly say, 'Whoops, my bad, we want $2,000 now.'"

Moreover, now that the meter's working properly, the pair is getting ripped off just like the rest of us -- December's bill was $363.46.

Hate mail of the week
More encouragement from another satisfied reader:

"Your fagazine sucks and your writers should kill themselves." -- Marshall Olsen, Painesville

Oh, Jesus!
The Grinch may have stolen Christmas, but Westlake police are searching for the man who stole Christ.

On December 26, baby Jesus and his manger were taken from Noreen DelGiudice's nativity scene while she was inside watching television. "Who would do such a thing?" DelGiudice asked police.

While police aren't sure yet, Punch says the smart money's on the same guys who are trying to kill Christmas. This is a job for Bill O'Reilly.

Drive on, children
In 1998, Ohio lowered the age for obtaining a temporary driver's license from 16 to 15-1/2. The shift was made, in part, to appease retailers who prefer their slave labor to have ready access to transportation.

Now state Representative Tom Raga (R-Mason) is leading a charge to return the age to 16. House Bill 343, he says, is the result of years of reading about teen deaths in the news.

"We just don't have that appreciation for the privilege of driving," says Raga, speaking via cell phone while driving. "The statistics bear that out."

This time, actually, they might not. Since the age was lowered, accidents involving drivers under 16 have decreased each year, from more than 3,600 in 1998 to just over 2,600 in 2004. At that rate, in 20 years there will be zero accidents among youngsters -- great news for mall merchants everywhere.

"This bill is unnecessary in the absence of credible proof that the rate of accidents has gone up," argues Representative Bill Seitz (R-Cincinnati). He adds that the bill's other provisions -- tightening driver curfews and restricting the legal number of non-family passengers to one -- would punish all teenagers for the sins of a few "reckless hill-hoppers." It would also put an end to double-dating as we know it.

"I'm doing the politically unpopular thing," Seitz says. "I'm standing up for the rights of people under the age of 18 who cannot vote."