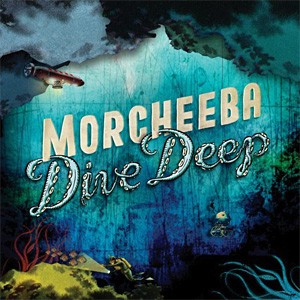 The U.K. group led by a pair of studio-bound brothers assembled its sixth album of club-ready electronica with singers and musicians it found on MySpace. Built on Paul Godfrey's trippy beats, Dive Deep is a surprisingly cohesive listen — even when tracks veer off into their own subgenres. "Run Honey Run" retains folkie John Martyn's original vocals, but shapes a whole new sound around various electronic noises. "Thumbnails" blends American blues and Indian ragas. And the gentle "Au-delà" features French-born newcomer Manda singing over a softly plucked acoustic guitar and little else. It's the album's most organic moment and proof that Morcheeba works just as well in the chill-out room as on the dance floor.