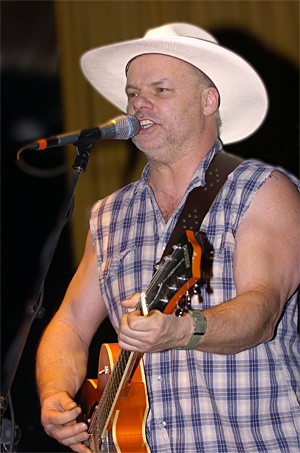 Mr. Gnome spent 2007 touring out west, where the sexy riff machine recorded its full-length debut with some A-list names and at some top-notch facilities.

Set for late-spring release, Deliver the Creature was made with engineer Kendra Lynn at Portland, Oregon's Jackpot! Studios, which has hosted sessions by Elliott Smith and the Shins. The co-ed Mr. Gnome cut additional tracks with engineer Chris Schultz at Tucson, Arizona's Wavelab Studios, home to sessions by Neko Case and Animal Collective. The disc was finished at Cleveland's Ante Up Audio with Michael Seifert, who has recently worked with Fountains of Wayne and Colbie Caillat.

The album was mixed at Wisconsin's Smart Studios, which is owned by Nirvana producer and Garbage member Butch Vig. Beau Sorenson — who cut his teeth as Vig's assistant and more recently edited Tegan & Sara's The Con and engineered Death Cab for Cutie's Directions — mixed.

"The [group] mentioned they had tracked at both Jackpot! and Wavelab, [so] I knew that they were serious," says Sorenson. "They have a beautiful way of juxtaposing the aggressive against the gentle, the loud against the soft, and the heavy against the delicate. Working with [drummer Sam Meister] and [singer-guitarist Nicole Barille] was the most enjoyable mixing experience I've had in a long time."

Creature follows a pair of EPs that dynamically blend weaponized riffage and siren-like vocals. Barille says fans can expect more of the same, plus a few departures.

"I've had some songs kickin' around, and I wasn't sure if they were right for Mr. Gnome," she says. "We started working on them in hotel rooms, using this little MIDI controller to add piano parts and using GarageBand to layer vocal melodies. They definitely showcase a much more sensitive side, lyrically and musically. Then there's a few other tunes that have more of a pop element than anything we've ever done before."

• Singer-songwriter Kate Voegele makes her debut on the CW network's One Tree Hill on Tuesday, January 21. In a multi-episode arc, the Bay Village native plays a singer in the drama, which centers on a bunch of young movers and shakers in L.A.'s entertainment industry. The episode airs at 9 p.m. Voegele returns to Cleveland for a show at House of Blues on Tuesday, February 19.

• Live Nation has announced the winners of a contest to design art for the 12th Annual Tri-C High School Rock-Off. Willoughby South High School's Matthew Childers placed first. His design will appear in the official downloadable CD cover. The T-shirt will feature art by Cuyahoga Falls High's Ashley Falkowski. The poster design will be art by Jaimie Kasper of St. Joseph Academy. Check out the pictures at www.cleveland.com/rockoff.

• Domain Cleveland head honcho Bill Bailey has been activated as part of the Navy Reserve and will be deployed to Iraq in February. The promoter will have a going-away party at Peabody's (2083 East 21st Street) on Saturday, January 19. (216), Keratoma, Schnauzer, and others will play.

• Cleveland broadcasting legend Larry Morrow will be the subject of the Rock Hall's latest edition of the interview series From Songwriters to Soundmen: The People Behind the Hits. Rock Hall Education Department Manager Jason Hanley will interview the DJ at 7 p.m. Wednesday, January 16. The event is free with a reservation; write to edu@rockhall.org or call 216-515-8426.