Police shut down one underage brothel. But how will they get the next? 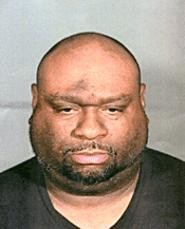 Detective Eugene Jones thumbs through a cluttered stack of yellowing photographs, the products of a cheap point-and-click camera. He's looked at them time and again, and nothing ever changes: The girls in the pictures are still young.

And they're still naked.

Jones, a vice detective in Collinwood, has been searching for these girls almost a year. He knows they're hiding in Cleveland's broken neighborhoods -- in underground clubs where they strip and whore themselves for fast cash.

He knows. But finding them is a different story.

Last January, Jones got a tip that some girls -- maybe as young as 15 -- were working an after-hours spot on East 131st Street. At 3 a.m. on a shivering Saturday, the detective pulled his undercover car onto the battered block and waited.

His target was a creaky apartment building, two stories of weathered brick next to an abandoned lot. As the neighborhood bars closed and the after-party started, Jones raised his binoculars to his eyes. He saw an "elderly crackhead" arranging cones for a parking lot. Guys swapping drugs for money. People pouring in and out of the downstairs apartment. And a round, middle-aged guy standing guard. The detective instantly recognized the face.

"I was devastated," Jones recalls. "What happened that he got so far down that path?"

The man was Dwayne Waters, but everyone called him Sweet Daddy. In his red Mustang -- license plate "DADDY 99" -- Waters cruised East Cleveland as a minor-league hero.

He coached youth football and basketball teams at the city's rec center, even taking home the players' uniforms to wash. In 2003, he helped coach Shaw High's freshman hoops team to an undefeated season.

"Everybody knew him," adds Sulaiman Muhammad, who runs the center's youth activities. "He had a lot of respect from the kids and the community as a whole."

But there's no easy money in community service, so Waters, a DJ and bus driver by trade, was spending his weekends running this after-hours club. And if Jones' instincts proved right, the place doubled as an underage brothel. "Jekyll and Hyde," the detective says of Waters. "He turns into a monster when it gets dark outside."

It's a common hustle in Cleveland's ghettos. Demand for booze, drugs, and women doesn't recede at last call. Turning an apartment or house into a makeshift club can yield quick money. "It's a one-stop shop," says Lieutenant Ronald Timm, a former vice detective who supervises East Side detectives.

Most clubs stick to getting customers drunk and high, Timm says. They charge a cover, sell drinks and even food, and let customers party into the early hours.

But there's even better money in selling sex. In 2000, Timm's vice unit raided a house off Lee Road where young women stripped and sold themselves. The organizers, Timm half-jokes, were true entrepreneurs. "It's the American way."

Word was that Waters' club was also a whorehouse and that at least some of the hookers were underage. So last April, police sent in three undercover cops. They paid a $10 cover and strolled into the dank apartment, which was littered with tattered couches and little else.

The cops bought beers from a woman guarding booze stacked on a dirty kitchen counter. They mingled with the customers, men in their 20s, 30s, and 40s from the surrounding neighborhoods. Lingerie-clad women as young as 17 posed for pictures and straddled men for lap dances.

Every once in a while, a girl would summon Waters for a key to a back bedroom. The girl and her customer would disappear to the comfort of an old, bare mattress.

"They pimp their instincts," Jones says. "The girls are never any good after that."

The cops went back one more time in May, witnessing more of the same. Sometime before 4 a.m., one of the detectives asked a young dancer if he could buy sex. She said yes, and called Sweet Daddy for the key. Case closed.

Police crashed the party with 40 officers, SWAT team included. They arrested 14 people -- Waters, the barmaid, some bouncers, some dancers, and anyone considered good for a drug or weapons charge.

They also found a 17-year-old girl, stage name Texas. She lived on East 73rd Street, just a few blocks from Waters and his wife. Police aren't sure how the two met, but she filled out a basic job application with Waters, saying she was over 18 and wanted a job. The application didn't ask what she wanted to do, and she didn't elaborate.

Customers told police an even younger girl -- a 15-year-old who went by the name Candy -- had also been dancing. But she wasn't there the night of the bust, and cops still haven't found her.

At first, court records show, Waters played dumb, saying he didn't know the girls' ages and didn't know what went on in the back.

"Dancers came in . . . and danced for tips," he told Jones. "Whatever they did, they did in the house . . . They did what they had to do. Most of the time I just stand outside."

But when he handed over the key to the back bedrooms, he also took a cut of the girls' profits, he admitted.

"Did you have sex with the 17-year-old girl?" Jones asked.

"You said you would not ask that question," Waters said. "I take the fifth."

Prosecutors slapped Waters with a slew of charges, including promoting prostitution, pandering sexually oriented material involving a minor, and drug trafficking. For sex-crimes prosecutor Sean Jones, it was a rare slam-dunk case of teen prostitution.

"This is the first case where I have hard evidence of it," the prosecutor says. "You know it's going on, but you don't always see evidence of it."

Detectives know of other East Side brothels, but they're small operations, run by police-savvy hustlers. The experienced know a cop or an informant when they see one.

"If you get some pressure on them . . . they'll just find another house," Timm says.

Not long after they busted Waters' party, Jones got word that at least a dozen strippers -- including one as young as 14 -- were working another underground club. But when he showed up to check it out, there wasn't a single girl there. He thinks Waters tipped the guy off.

A judge slapped Waters with two years in prison. Most of his co-defendants pleaded guilty to drug or prostitution charges and received six-month suspended sentences.

For police, the chase wears on. Detectives found undeveloped film in Waters' brothel and in the homes of other defendants. "There are hundreds of those," Jones says, staring blankly at the girls' photos.

It doesn't sit well with him, knowing they're still out there, asking some new daddy for a key.