Ne-Yo’s penned some of R&B’s biggest hits. Now, he’s keeping some for himself 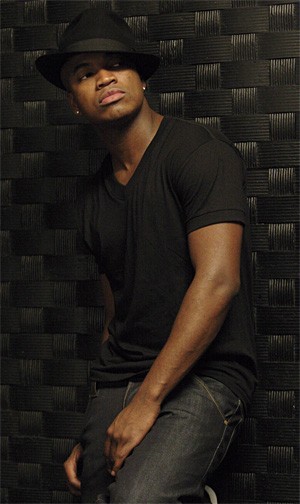 You don't often find integrity in the music biz. Most artists and execs are ruthless, me-first assholes. So when R&B singer and songwriter Ne-Yo tells us it just wouldn't be right to hold onto a song he's promised to another artist, we're surprised and just a little skeptical.

"If everybody gets B-rated songs, and I keep all the A-rated songs for myself, what's the point of being a songwriter?" he asks. "That's not fair."

Ne-Yo has given away some great tunes over the years. He wrote Beyoncé's "Irreplaceable." Rihanna's "Hate That I Love You" is his too. He's also penned songs for Mary J. Blige, Chris Brown, Janet Jackson, Jay-Z, Snoop Dogg, and Céline Dion. He was hired to write them, and he turned them over to his millionaire clients without even a "Hey, ya think maybe I can keep this one for myself?"

"That's always difficult," he laughs. "If I go in the studio with the mindset of writing a song for a specific person, then whatever comes out of that session goes to that person — no matter how great the song is."

That honesty and reliability have paid off for the Las Vegas native. His two albums — 2006's In My Own Words and last year's Because of You — debuted at No. 1. His breakthrough single, "So Sick," also reached the top of the pop and R&B charts.

But it's been a slow climb for the guy born Shaffer Chimere Smith 28 years ago. In 1999, Ne-Yo was tapped to write songs for a fledgling boy band called Youngstown (which came from, you guessed it, that lovable industrial wasteland to the east). The Backstreet Boys and *N Sync were making tons of money off of crushing teen girls. Youngstown was supposed to be just as big. It wasn't.

Ne-Yo wrote more than a half-dozen songs that appeared on the group's two albums. Nothing clicked. So he started thinking about a performing career. "I always wanted to be a singer and a songwriter," he says. But that bombed too. "I actually had a deal with Columbia Records a few years back," he says, refusing to go into details. "Long story short, it turned out to be a really, really negative situation. If nothing else, it was a learning experience. I told myself, If that's what it takes to become an artist, then to hell with being an artist. I'll just write for other people."

Finally, in 2004, R&B singer Mario made it to No. 1 with "Let Me Love You." Within two years, Rihanna ("Unfaithful"), Paula DeAnda ("Walk Away"), and Mario Vazquez ("Gallery") all scored hits with Ne-Yo-penned tunes. "Everything happens for a reason," he says. "I think the reason it didn't happen at Columbia was because I wasn't ready. I didn't know who I was, and I was allowing these people to tell me who I was."

Def Jam noticed Ne-Yo's winning streak and scooped him up as a solo artist. "It just fell in my lap this time," he says. But that deal initially came with some snags too. "I'm not lying about my age anymore," he says, referring to the label's initial marketing of the singer as a teen phenom. Ne-Yo reluctantly complied. "When you're a new artist, it's best to be as young as you can."

After "So Sick" and In My Own Words both went platinum, Def Jam loosened its grip on its latest hitmaker. Ne-Yo continued writing songs for other artists. And scoring smashes. Rihanna recorded three of his tunes on last year's mega-selling Good Girl Gone Bad.

Scan the list of famous people who've put money in Ne-Yo's pocket, and you'll notice that most of them are women: Christina Milian, Heather Headley, Leona Lewis, Nicole Scherzinger. His biggest hit, "Irreplaceable," is stacking up as the female anthem of the decade.

"In certain situations, men and women think a lot alike," says Ne-Yo. "The difference is, a woman will say it, whereas a man will just bottle it up and let pride take over. If a woman is feeling something, nine times out of ten, she's gonna let it be known. Guys don't know how to do that until it turns into anger."

Ne-Yo's third album — tentatively titled Year of the Gentleman and dropping in June — will get to the bottom of some of these manly issues. The singer says he went back, way back, for inspiration. "When I think of gentlemen, I think of people like Nat King Cole and the Rat Pack — Frank Sinatra, Sammy Davis Jr., and Dean Martin," he says. "Dress to the nines, no matter where you're going or where you are — the coolest guy in the room without even trying to be the coolest guy in the room.

"I don't see that in R&B anymore," he concludes. "Everybody looks alike, with their jeans hanging off their ass, tennis shoes, and baseball caps. Back in the day, you couldn't get onstage unless you had a suit on. You couldn't call yourself a singer unless you looked the part. I'm trying to bring that smoothness back."

Neyo talks about his best songs

"When I first wrote this, I wrote it from a male's perspective. But there are certain things that women can say that men can't without getting in trouble. Any man that was going to sing that song would completely alienate his entire audience, which is women."

"Hate That I Love You," recorded by Rihanna featuring Ne-Yo.

"Rihanna came up with the idea of it being a duet, which was weird to me, because we're so much like brother and sister, it's disgusting. The energy we have on each other is nowhere near a boyfriend and girlfriend thing. When we did the video, we had to figure out a way to not make it weird."

"Back Like That," recorded by Ghostface Killah featuring Ne-Yo.

"That was the first time I ever worked with a rapper. When they told me that Ghostface was a fan, that didn't make sense. Ghostface raps about guns and drugs. But he's not at all what I pegged him to be. He's very spiritual."