Council isn't willing to rush aboard the Euclid Corridor. 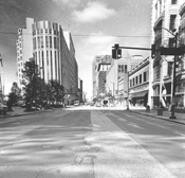 After years of discussion and debate, the Euclid Corridor Transportation Project first entered the realm of fiscal reality for the city on June 19th. On that last day before Cleveland City Council recessed for the summer, Mayor Michael White submitted an emergency ordinance asking the council to release $17 million for the project.

Unless council passes the measure, his administration's plan to secure federal funding for the controversial electric bus line cannot travel to its next stop -- Washington, D.C. -- in one piece.

Council, however, will not be rushed. President Mike Polensek wanted to know where the money would come from.

Late last month, he found out. Sort of.

"The revenue stream is not well-defined," he says. From the generalized breakdown the White Administration provided, Polensek knows only that "the $17 million is coming out of the city's coffers, and that's a significant amount of money."

The project, a $292 million initiative to install electric trolley buses from East Cleveland to Public Square, is likely to set off the next round of fireworks at City Hall. Championed as a boon to both transit and economic development, the bus line would connect University Circle to the central business district. What's more, the Greater Cleveland Regional Transit Authority believes it has a good chance of convincing federal and state governments to pick up most of the tab.

RTA must submit its paperwork -- which must include the ordinance -- to the Federal Transit Administration by Sept. 15 or else risk losing a $10 million design grant to another city. Unless Polensek schedules a special meeting, the project won't even be discussed until September 11 -- just four days before the deadline.

"We've got to know how do we benefit from this," Polensek says. "How does our city benefit from spending this money?" Polensek has even asked RTA General Manager Joseph Calabrese if it would be possible to push back the deadline.

That came as a surprise to Kenneth Silliman, the mayor's executive assistant for development, who received the news less than affably.

"We can't continue to play 'guess what I'm thinking' on this project," he says. "I'm at a loss to explain what information has been requested that we have not already provided."

The administration intends to draw $11 million from general obligation bonds and the city's general fund over the next five years; $1 million would come from unspent bonds on roads and bridges. It has proposed to collect the remaining $5 million from tax assessments on property owners along the corridor, Silliman says.

Polensek recently learned, however, that to do the project right would cost an additional $28.8 million -- $10 million to repair or close building basements, known as vaults, and $18.8 million to upgrade underground utilities on Euclid Avenue.

The utility work would have to be done at some point anyway, Silliman says. And fixing the vault problem is an absolute necessity for project construction to go forward.

Silliman expects that an additional $5 million in assessments to property owners would pay for half of the vault work. General fund and general obligation bond money would cover the rest.

Michelle Cull, manager of marketing and membership for Midtown Cleveland, says business owners are not opposed to a new tax assessment, as long as it's fair and equitable. Other property owners on Euclid, including the Cleveland Playhouse, were not aware of the proposal. But they weren't surprised, either.

"I get sick and tired of it, frankly," says Haig Avedisian, owner of Haig Avedisian LTD Inc., who says he already pays an additional assessment levied on property owners in Playhouse Square. "Every time you turn around, they want to throw something else at us."

While they are generally fans of anything that would restore prosperity to their once-thriving street, hearing about the tax proposal makes Euclid property owners like Avedisian feel as if they've been a bit oversold. When the corridor project finally does move forward, the price of progress, for them, will still go up.