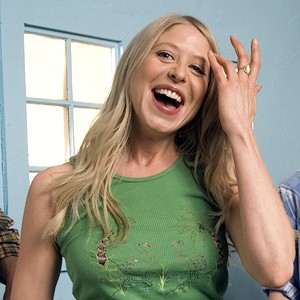 Adrienne Young makes country music that sounds like it came down from the hills more than a half-century ago. Buzzing with banjos, fiddles, and a rustic sense that home is where the heart is, Young's songs bleed Americana. With her exemplary band, Little Sadie, Young crafts tunes on her second album, The Art of Virtue, which sound like a thematic set piece — even when she's doing covers like the traditional "Bonaparte's Retreat/My Love Is in America" or the Grateful Dead's "Brokedown Palace." With alt-country guitarist extraordinaire Will Kimbrough as her co-pilot, Young steers The Art of Virtue into territory mined by O Brother, Where Art Thou? half a decade ago but mostly forgotten since. This is folk music in the most traditional sense, made by an artist who has dust in her veins.
Sun., April 9, 8 p.m.