The Summit Choral Society pays tribute to the first 200 years. 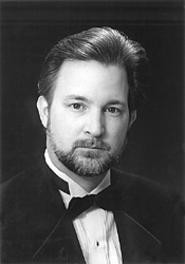 Everybody's doing something for Ohio's bicentennial, but the Summit Choral Society wanted to do something special. Instead of holding a community festival or a history lesson disguised as entertainment, it commissioned Cincinnati-based composer David Howard Pettit to write An Ohio Symphony, an original, nine-movement piece that tells the story of Ohio via a symphonic score. It premieres Saturday at E.J. Thomas Hall in Akron.

"I got the idea just from driving back and forth, [visiting relatives in] Indiana," says artistic director Frank Jacobs. "I'd see these bicentennial barns and was inspired."

The story starts two years ago. The Choral Society -- which includes a 70-piece full orchestra, an 80-singer Masterworks Chorale, and a couple hundred children from its various youth programs -- wanted to commemorate the state's 200th birthday by doing what it does best: making music. "We wanted a piece that would reflect the whole of the Society -- the chorus, the orchestra, and the children's choir," Jacobs explains.

The symphony is broken down into nine pieces, including a prologue, a celebration of prehistoric people, a look at 18th-century pioneer times, an Underground Railroad ride, and an epilogue. "It varies in style," says Jacobs, who will conduct. "Some of it is melodic; some of it is very rhythmic and dance-like."

An Ohio Symphony is the 45-minute climax to the Ohio Bicentennial Celebration on Saturday, featuring a concert of songs by and about Ohioans. "Each piece symbolizes the state's history, development, and cultural diversity," Jacobs says, before retraining his focus on the symphony. "I hope this is performed at other places. You always hope that a commissioned piece will catch on and have a life beyond its premiere. This piece stands on its own."