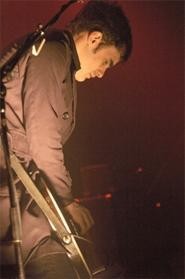 The Odeon, Cleveland's signature rock club throughout the '90s, will close its doors after a final show Tuesday, February 28. After it opened in 1993, the no-frills Flats club was quickly sold to Belkin Productions, long the royal family of Cleveland rock. A casualty of the ongoing turf war between the top two national concert-promotions companies, the Odeon has seen its schedule decline since the arrival of House of Blues in 2004.

"Aside from being a launching pad for many, many artists for the last 10 years, it also served as a launching pad for individuals in our business who have gone on to tour with various artists or book other, larger situations or produce shows," says Michael Belkin, president of the Midwest division of Live Nation, a spin-off company of Clear Channel, which has owned the venue since it bought out the Belkins in 2001. "A lot of good people came out of there."

Belkin says that Live Nation still owns the building and has had "a number of offers" to purchase it; he is uncertain of future plans for the building and its memorabilia, including framed photos of acts that have played there. He says that Live Nation will continue booking small and medium-sized shows in town, probably at the Agora Ballroom and Theater, but does not plan to replace the venue.

The future of the once-booming Flats as a nightlife destination remains unclear. Despite only sporadic business, clubs continue operating through the week. Four bars have opened in recent months, though Rockabilly's closed quickly. Last year, Scott Wolstein (the entrepreneur whose family name is attached to Cleveland State University's Convocation Center) announced a $230 million revitalization plan to turn the East Bank into a mixed-use area with commercial and residential developments.

"I think we're losing heart and history," says APG guitarist Don DiBiase, formerly of Gatlin, one of the handful of local bands that sold out the venue with little added support. "I saw all the biggest bands there before they were anybody. One of the lowest-attended shows ever there was Papa Roach -- I saw them with 19 people there. Linkin Park, P.O.D., Limp Bizkit, Korn, the Metallica Coffee Break concert during the day, with just 100 people. I can't say enough about the place."

· Blossom Music Center has expanded its general-admission section. The pit area directly in front of the stage now seats more than 1,500 people.

· Mushroomhead's next album is previewed at www.mushroomhead.com. The first single, "Watch Me Go," is set for May release, with a June 6 album release to follow on Megaforce.