The noted author fields a few questions about his book. 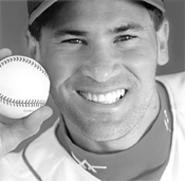 "I never thought such a statement would cause so much [controversy]," Indians shortstop Omar Vizquel says about the hubbub that erupted upon publication of his autobiography, Omar! My Life on and off the Field. "I've been here long enough to know what to say and what not to say. I'm still surprised about all of this."

It takes up a mere seven pages of an otherwise airy read. But Vizquel's disclosure that former Indian Albert Belle used corked bats -- in a chapter that begins, "I didn't hate Albert Belle. But he was certainly a difficult guy to like" -- seems to be the only seven pages anyone has read since the book (co-written by Akron Beacon Journal reporter Bob Dyer) hit stores in late April. "Everybody knew that he was suspended because of the corked bat," Vizquel says. "It's not like we said anything new. Maybe people didn't know what really happened."

Belle has since gone on the offensive, telling a nationwide audience on Jim Rome's syndicated radio show that he never used a corked bat (despite being suspended and fined in 1994 for doing just that). The retired slugger even hurled a few accusations Vizquel's way, primarily one involving the nine-time Gold Glove shortstop's infidelities on the road.

One thing is certain: The commotion has stirred sales of Omar! The book is the fastest seller in the history of Cleveland publisher Gray & Company. "This is great," Vizquel says. "I don't regret anything I wrote."

Not so surprisingly, Vizquel still would prefer that readers focus on other parts of the book, which details his youth in Venezuela, his minor-league journey in Montana, his artwork, and his passion for music. In fact, Omar!'s most enlightening chapter isn't the one with the Belle revelations, but the one in which a longhaired teenage Vizquel proclaims his love for heavy metal music.

"I didn't know any English at the time, so I had no idea what these guys were singing about," he writes. "I just knew I liked it. I sang away at the top of my lungs."

"When I was a kid, I had all of Kiss's albums," he says. "Then I started getting into heavier stuff: Judas Priest, Iron Maiden, the Scorpions, Van Halen. I love the heavy rock stuff."

Vizquel still follows music, even though he admits that the "new" stuff he listens to is relative old-timers Metallica and Guns N' Roses. He even helped organize Tribe Jam, an annual summer concert featuring Vizquel and fellow music-minded Indians. Tribe Jam 2002, Vizquel admits, doesn't look promising. "We're not in the mood to fool around with music, because the team really isn't doing that good," he says.