On the Dark Side

Why Episode III isn't the movie it should have been. 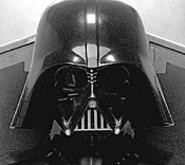 It's a question to which the response should be more than a shrug, but it's the only thing I can offer anyone who asks, "So, how was it?" The final installment in the mostly irrelevant second Star Wars trilogy is far superior to its two predecessors, The Phantom Menace and Attack of the Clones. But that's not much of an answer, seeing as how a sock to the head would be more pleasurable than sitting through those sleek, sterile, and deadly dull lectures about taxation, immaculate conception, spaceship repair, and clone armies one more time.

A shrug is merely the cop-out of someone who walked out of Revenge of the Sith feeling not much of anything -- not disappointment, not elation, certainly not satisfaction, no matter how desperately George Lucas tried to please the fetishists and latecomers who wanted their loose ends tied in a beautiful bow. Perhaps a shrug is the only logical response to a movie that provides no spoilers or surprises, only the obligatory unfolding of inevitabilities -- the telling of a tale Star Wars fans have known by heart since May 1977.

Even to consider Revenge of the Sith as a piece of filmmaking would be fruitless, even foolish. It's a movie, sure, but also much more and far less -- the end point of a phenomenon, a commercial that pimps action figures for even the most obscure characters, a cultural touchstone, a digital tombstone. It arrives burdened by expectations to which it could never live up, because myths tend to lose power once they're made so crushingly tangible. Star Wars, once a space opera bound in a saga-sized legend wrapped in a parable that happened to become a blockbuster, was turned into just another franchise with 1999's The Phantom Menace, and it can never recover from Lucas's stripping it for parts. It's just this thing now, a product made by a man who looks forward to the day he needn't hire a flesh-and-blood actor for anything.

When informed that Revenge of the Sith only makes you want to see Star Wars right away, a colleague suggested that's just the point: Now that we know who these people are, and how they got that way, won't we now enjoy the first trilogy in a whole new way? The answer ought to be a resounding no. You enjoyed those films -- you understood, you liked, you got them -- instantly anyway, with no need for Lucas's expository hammer to the head.

There are some fantastic images here -- the man can stage a space battle, absolutely -- but none that transcends our imaginations, that even equals the visions we've kept in our heads and hearts for nearly three decades. Which is precisely the problem. No matter the toys at his disposal, Lucas can't create anything at this late date that rivals the images we've clung to since Star Wars rumbled onto screens and into our collective consciousness. He has literalized too much -- made flesh (sort of; more than 70 percent of this movie is computer-generated) our tattered fantasies, fabricated a vision that can never jibe with our own long-held interpretations and daydreams culled from the first three movies. Anyone who's spent the last 28 years imagining Obi-Wan and Anakin swinging sabers over a lava pit will find those fantasies now replaced by Lucas's more pedestrian version. Our daydreams are his again, to sell back to audiences at exorbitant rates.

Revenge of the Sith will give you just what you expect, but not much more. Yes, it is beautiful to behold, epic in scope, even if most of the actors are given rinky-dinky dialogue and asked to deliver it as though they were translating it from a foreign tongue (the exception once again being Ian McDiarmid's Palpatine). And, yes, at long last Anakin Skywalker (Hayden Christensen) falls into a pit of molten metal after a lightsaber duel with Obi-Wan Kenobi (Ewan McGregor) and becomes Darth Vader. And there's Chewbacca and baby Luke and Leia, the dual sunset of Tatooine, the frame of the future Death Star. It will answer questions that have been nagging at the faithful since The Phantom Menace -- say, how come C-3PO never knew in the first Star Wars that he'd been built by the boy who would be Darth Vader? -- but really, so what? The fanatic will say it's enough, but honestly, after mucking through the first two episodes, don't we deserve more than the obvious bound in the predictable?

Origin stories by their nature are something of a drag -- so much to explain, so little time -- and Revenge of the Sith disappoints like most others. The Vader of the first trilogy was towering, relentless, remorseless -- a mean machine. In Attack of the Clones and even Revenge of the Sith, Anakin's sole power seems to be the ability to whine people to death. He's no more terrifying than a toddler throwing a tantrum; you want to pick him up and rush him out of the room till he finally catches his breath and calms down. He doesn't terrify, he annoys -- so much so that the last confrontation between Anakin and the pregnant Padmé (Natalie Portman), when he explains that he's turned to the Dark Side in order to save her life, elicits only titters of disbelief: This crybaby is the scariest mother in the galaxy? Please.

The best scenes of Revenge of the Sith propel us back to the summer of 1977, to when our affections for these heroes (and villains) were sealed. The opening scenes of Anakin and Obi-Wan dodging explosions and fighter ships en route to their rescue of the chancellor hark back to the climactic finale of Star Wars, with Luke Skywalker leading the squadron of X-wings on their suicide mission to destroy the Death Star. For a moment, we are reminded why and how we came to care for this bloated thing at all. But is it enough to make us like a thing we used to love? For most, that rekindling of an old flame will be good enough.