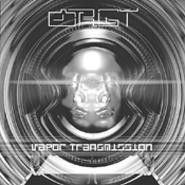 Singer Jay Gordon adapts the low, deadened baritone that began with Bowie at his most pretentious and has been co-opted by every self-aware, post-ironic vocalist since. Vapor Transmission is filled with such Ziggy-esque themes as alienation and even uses an outer-space metaphor to drive home its point. The instrumental title tune cuts into Nine Inch Nails territory, working the electronic gizmos overtime to enhance the album's cyberspace/cityscape setting. More typical is "Fiction (Dreams in Digital)," a hooky neo-metal offering on modern times. It's loud, callous, brash, and a bit gloomy. Vapor Transmission pretty much sticks to that principle, and Orgy, living the high life, makes it droning policy.