Farrar is happy to keep riding the trail that got him here. 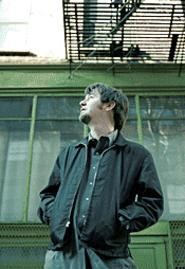 Jay Farrar has been called a pioneer and a trailblazer by music pundits, but he's not entirely comfortable with the labels. The alt-country singer-songwriter -- who founded genre godfathers Uncle Tupelo and, after that group fizzled out due to band infighting, Son Volt -- says there was no plan when he and his bandmates fused the music and spirit of the Stooges with Hank Williams. He was just following his instincts.

"It's weird," he says. "It's not like I listen to any of those bands we spawned for enjoyment or relaxation."

Up until about a year ago, Farrar had performed as a solo artist for most of the new millennium. He released four albums -- including a live one -- which surveyed Americana idealism within contemporary society. Rustic, twangy, and filled with the train-ride-across-the-plains observations that have been Farrar's specialty since forming Uncle Tupelo in Illinois more than 15 years ago, the records reflect the singular vision of a decisive, often stubborn artist.

Last year, Farrar reformed Son Volt to make its first album since 1998's Wide Swing Tremolo. But Okemah and the Melody of Riot qualifies as a Son Volt record in name only, since Farrar's the sole original member (and lone previous Son Volt member, for that matter) to appear on it. "I was coming off a period of playing a lot of solo shows and was ready to get back in a band situation," he says. "I started getting back into it gradually on my last [solo] record. And I just felt like, since Son Volt was the name I came up with originally as the vehicle for the songs I was writing, I would stick with it, especially with this record, which is an extension of the original Son Volt aesthetic.

"But the main difference is that the new members bring their wealth of musical backgrounds to the project, which you can hear on the recording."

Okemah mixes rough-riffing rockers with teary ballads -- all fortified with a dose of country twang and southern imagery. It's a combination he's used since his Uncle Tupelo days, and it peaked on his two greatest works: Anodyne, Tupelo's 1993 swan song, and Trace, Son Volt's 1995 debut. "I'm trying to open a few more doors," he says. "I take the whole process of songwriting a lot more seriously now than I used to. I try to write a little bit every day when I'm off the road."

And unlike former Uncle Tupelo bandmate Jeff Tweedy, who put together Wilco after the split, Farrar's happy to be traveling familiar trails. There are no sonic freakouts, aural explorations, or mind-blowing sound collages in Farrar's oeuvre. And he likes it that way. "I try to capture as much of our live energy as possible, with a minimal amount of overdubbing," he says. "I try to capture what a group of musicians can do in the studio without playing around with a lot of toys."