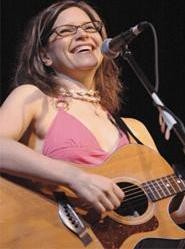 Detained Records made an auspicious debut in 2005 with albums by Hatecore Inc. and Mob Scene, then went into hiding for the first half of '06. The break appears to be over: The Akron label is assembling a tribute to Dokken guitarist George Lynch. Due in August, the comp will feature Mob Scene's interpretation of "Sleepless Nights."

Detained is also taking submissions for Akron Metal Assault II, the label's second local death-metal compilation. Bands interested in taking part in either project can contact the label at prez@detainedrecords.com.

"Detained is rolling strong, bringing the best in local metal," says Joe Zeitler, label owner and guitarist for Mob Scene. "We have some kick-ass stuff planned for the second half of 2006."

· In other Detained news, Mob Scene is covering Lizzy Borden's "Master of Disguise" for Baptized in Blood, a metal tribute slated for fall release by New Jersey's Metallicarchangel Records.

· Cleveland's funnest band is back: After an absence of over a year, garage-pop trio Kiddo returns to action Friday, June 16, at the Beachland Ballroom (15711 Waterloo Road), opening the Detroit Cobras' CMJ/Rock Hall Fest show. The band's second LP, Okay Sweetheart, is now available through iTunes. (The online retailer has exclusive rights to the disc for two months before its August 1 street date.) And if you haven't heard "The Makeout Song," from 2003's self-titled debut, don't leave Cleveland without it.

· Cleveland's other MIA rock couple is still around: Starberry has been dormant for 2006, raising twin Starbabies. "Starberry is still alive, just working at a much slower and quieter pace," says drummer Pat Casa. "We have done acoustic and piano demos for about 12 new songs." The duo plans to return to the stage in August, with its second annual Starberry Sausage Party, a bacchanal of rock, pop, and hot meat. One more advantage to being a duo: If you get drunk and sleep with the drummer, there's no need to hide it from the rest of the band.

· They're teenagers, but they rock like it's 1976: The Black Diamonds have finished high school and their first full-length album, which is set for release Sunday, June 25, at the Beachland Ballroom. The Diamonds play the Rock Body benefit at the Hi-Fi (11729 Detroit Avenue, Lakewood) Friday, June 16, and will appear on 91.1 WRUW's Live From Cleveland Thursday, June 22, at 10 p.m.

· Not only will Cleveland proto-punk legend Rocket From the Tombs return for a seven-city tour, but its members have written their first new material since 1975.

· The House of Blues is hosting Guitar Center's Project Rock Star, a three-month multi-round contest. The winning band gets a package valued at over $25,000, including a Guitar Center shopping spree, 20 hours of studio time, concert passes to every HOB club show for a year, and ads in Alternative Press and Scene. Visit www.guitarcenterprojectrockstar.com for details. Registration deadline is Monday, July 19.