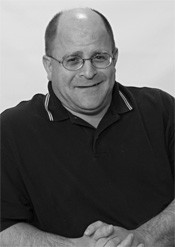 Akron-based comic Mike Conley considers his show at the Funny Stop tonight a homecoming of sorts. In 1992, he walked onto the same stage in the club formerly named Hilarities and shot off his mouth on material ranging from teen life in the mid-'70s to middle-aged crises 20 years later (was he middle-aged in 1992?). "I started hanging out there, watching open-mic nights with some friends. They were like, 'You know you could do that,'" says Conley. "So I went up, tried, won a couple of competitions, and got into it."He hasn't looked back. Conley regularly headlines shows throughout the Great Lakes region. He's also dished out tongue-in-cheek relationship advice as either "Dr. Job Crevice" or "Dr. Damien Love" on 97.5-FM WONE in Akron and 92.5-FM WZKL in Canton. "This character was this raging alcoholic who had been divorced three times and had no business telling people how to handle their lives," says Conley. Conley has also opened for such national acts as Sinbad, Louie Anderson, and Greg Morton, so fans presume he's always touring with big names. "People come up and say, 'How long have you guys been working together?'" says Conley. "Usually, they have some smart-ass comment like 'I've never seen this man before in my life.'" Conley goes on at 8:30 tonight and 8 and 10:30 p.m. tomorrow and Saturday at the Funny Stop, 1757 State Road in Cuyahoga Falls. Tickets are $5 to $12. Call 330-923-4700 or visit www.funnystop.com.
Thu., Dec. 20, 8:30 p.m.; Dec. 21-22, 8 & 10:30 p.m., 2007