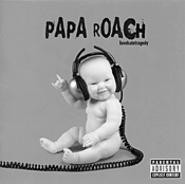 If Korn's expansive Untouchables slammed the coffin lid shut on narrow-minded nü metal, Papa Roach's second album -- released just one week later -- pounds in the nails. An abrupt turn away from the rap-rock that characterized the band's triple-platinum debut, Lovehatetragedy is a sleek, punk-inflected rock record that's a necessary step forward for these boys.

Though the first single, "She Loves Me Not," bridges the gap between P. Roach of old and new by tacking some barbed rhymes to the end of a surprisingly melodic rock wind sprint, elsewhere, there's no rapping or mangling of black English vernacular to be found. Instead, Lovehatetragedy teems with jagged, combustible rockers like "M-80 (Explosive Energy Movement)," a two-minute tickling of the adrenal glands; the churning "Singular Indestructible Droid," which rides a mammoth, burping bass line before exploding into a vicious, screaming refrain; and "Walking Thru Barbed Wire," an emotional eddy with sabertooth guitars. Jacoby Shaddix plumbs his upper register on the swirling "Time and Time Again" and the pleading "Decompression Period," both of which owe more to STP than ODB. It's a startling transformation, as Papa Roach goes from pest to predator, leaving neo metal to rest in pieces.