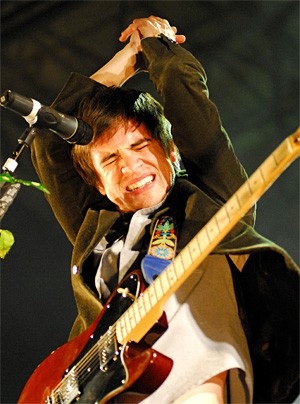 Parma's Jigsaw Saloon and Stage has merged with Lakewood's Hi-Fi Concert Club, which will now be known as the Jigsaw Saloon at the Hi-Fi Concert Club. The Jigsaw's owners purchased the Hi-Fi from former Warrant guitarist Billy Morris and View From Everest guitarist Jimmy Maler; both former owners will remain managing employees of the Hi-Fi, which will put a new emphasis on food service. The merger frees the Jigsaw stage for more national acts.

"It's going to be a complete partnership — with the Jigsaw and Hi-Fi working as one company, so we can work together instead of competing," says Morris. "[The merger] brings aboard a team to help promote the club and the Jigsaw kitchen, and an influx of professionalism and energy."

It also brings cash and equipment, including an all-new kitchen and sound system. The Hi-Fi is already serving the Jigsaw's stellar menu and will begin lunch service by June.

The Jigsaw will book both clubs. The Hi-Fi, which focuses on local acts, had one of the worst promotional machines in the city — which did little to help spread the word about occasional national shows like Saving Jane and the Metal Sludge Extravaganza. Morris plays with the Billy Morris Band and Breakfast Club, produces groups as a partner in Lava Room Recording, and occasionally fills in with touring hair-metal bands.

In 2005, Parma's long-standing Jigsaw added a concert room in the adjacent and empty Tuxedo Lanes bowling alley. Jigsaw operating partner Phil Lara, who built a bankroll through health-care technology, bought the club in November 2007. Since then, it has increasingly booked touring underground acts and buzz bands like death metalers Vital Remains and electronic-dance group BoomBox. With a relatively low average of four bands per show, the club hosts local punk and metal groups, which are popular in the blue-collar neighborhood.

"My goal with the Hi-Fi is to offer quality food service in that neck of the woods, to put an emphasis on local bands, and treat bands right," Lara says. "Working with Billy helps me get into a circle of people I'm not in."

• Torne will film a video for "Stoneman" at a release party for its new CD, The Depression, on Friday, May 23, at the Agora Ballroom (5000 Euclid Avenue). The song will be featured on the soundtrack of Behind the Suit and Tie, an upcoming indie documentary about the music business. The disc will also feature Cleveland metal band Scalera.

• Akron's Houseguest has finished recording a new CD, tentatively titled Welcome, All That's Difficult. The disc is due in September on Audio Eagle, the label owned by Black Keys drummer Pat Carney. The indie-rock band opens for Oregon's Helio Sequence on Tuesday, May 27, at the Beachland Ballroom (5000 Euclid Avenue).

• The new Akron all-star rock band Hatchett Job Jackson features Interfuse's Matt Mulichak, Mike Oravec, and Nick Cardarelli, with former Don Austin/Duma/Unholy 3 singer Larry Gargus on vocals. The group opens for the Cheap Tragedies on Friday, May 23, at Annabell's (784 West Market Street, Akron). According to MySpace.com/HatchettJobJackson, "They wanted to play loud rock . . . They play music that will purify your soul and turn your shit into mineral water."