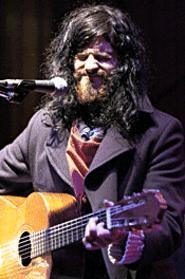 Known for decades for its bar food, the Jigsaw Saloon has added music to the menu. A destination for more than 50 years, the location (previously known as the Parma Tavern) is now the Jigsaw Saloon and Stage (5324 State Road). The bar has expanded into an adjacent building, turning the former Tuxedo Lanes bowling alley into a music venue. The Vacancies will hold a CD-release party there on Friday, October 28, as part of the grand-opening weekend.

"We're blue-collar rock-and-roll people," says Jason Cooke, one of three former Jigsaw employees who bought the bar in 2000. "We're going to have a little punk, a little alternative, a little country -- but that's all rock and roll to us. You've got to drive a half-hour to see a show, if you're from Parma. This brings a venue to the West Side."

The club's renovation is subtle but significant. The tavern will remain the same, with a doorway to the rock club. The new venue still looks like a bowling alley, with three-inch-thick maple lanes, wooden booths, two pool tables, dart boards, and a bar. The floor-level stage is flanked by a top-notch sound system and lighting. The music club will be open Monday through Saturday, with 18-and-over shows on the weekends. The owners are also considering matinees for all ages on Sundays.

The venue is being booked by Dave Davies, a former tour manager for Marky Ramone and the Eagles of Death Metal, who once booked Detroit's famous Saint Andrews Hall. Davies hopes to cultivate a strong reputation locally and eventually attract national acts.

"This is a cool room," Davies says. "We think that once word gets out, people are going to want to play here."

· Embalmer is back. The legendary Cleveland death/grindcore preservationists will reunite to play the Hi-Fi Concert Club (11729 Detroit Avenue, Lakewood) on Friday, October 28. The band has reissued 1991's Into the Oven and 1993's Rotting Remains demos on CD, with bonus live tracks. Drummer Roy Stewart says the group is working on new tunes that, he promises, will be "some of the band's sickest material to date."

· Bun-B, one half of famed underground hip-hop duo UGK, will make an in-store appearance at Akron's 2 Live Music (1286 Wooster Avenue) on Saturday, October 29, from 2 to 4 p.m. He'll sign autographs and meet fans.

· Painesville's arty post-crossover band Pale Creation will play a one-off reunion gig as one of the openers for the Integrity show at Peabody's (2083 East 21st Street) on Friday, October 28. The band's lineup will be the players from 1999's Twilight Haunt disc, which was released through Connecticut's East Coast Empire Records. Vocalist Nick Brewer and guitarist Matt Shack also play on the CD Roses Never Fade, a spare mood piece soon to be released by Integrity frontman Dwid.

· She sings the blues, jazz, and soul, and plays the trumpet too: Kristine Jackson and Basically Blue will record their live set on Thursday, November 3, at 2527 (2527 West 25th Street, Ohio City) for use as a live CD/DVD. Advance tickets are required for admission and are available at the club.